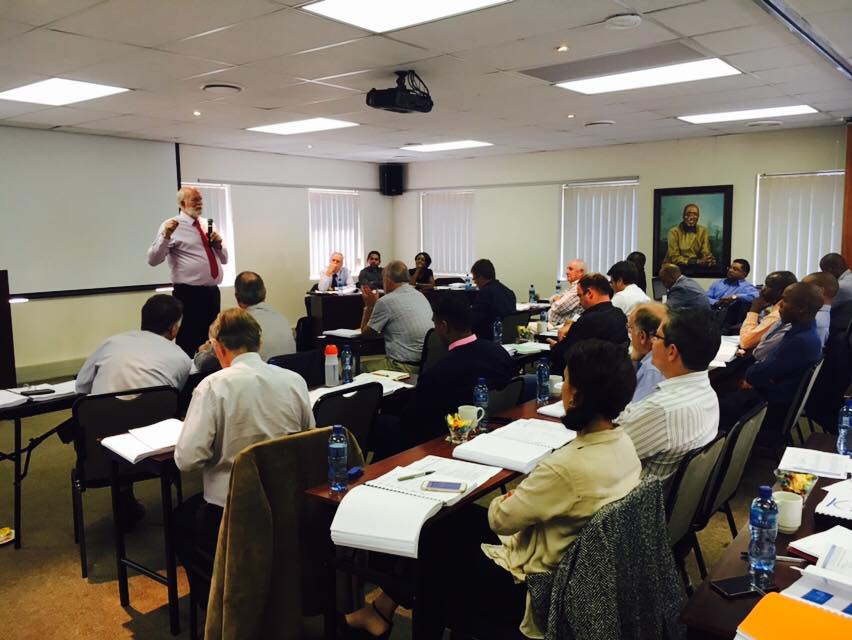 SAICE’s first council meeting for the year took place on 12 April 2016 at SAICE House in Midrand. The meeting was opened by President Chris Herold who welcomed attendees and requested them to observe a moment of silence for SAICE members who had passed on. The all-day meeting covered an array of topics which centered on aspects such as SAICE’s membership, budgets, branches, divisions, current initiatives and future plans.

Past SAICE President Johan de Koker, reported on membership extracts which included that of the Marine Division which had grown from zero to ninety three members in 2015. In addition, the Railway & Harbour Division saw an increase to an estimated 400 members – an achievement SAICE commended. Furthermore, de Koker stated that an investigation into free student membership was currently under way and suggested cost effective methods of benefits to compensate for this.  Martin van Veelen took to the podium and presented an overview of SAICE’s overall financial status which he proudly noted saw a turn-around in 2015.

Cape Town, the city that is rooted in some of the country’s richest landmarks and cultural activities has enabled SAICE to capitalise on these factors. Chris Roth, Chairperson of the History & Heritage Panel presented the aims of the panel as well as various activities and accolades achieved by members.  These included books written by members, preserving historic photographs and drawings and other noteworthy magazines and publications.

Over the past few years SAICE has emphasised a strong urgency for young member participation and as such, this has begun to filter across all discussions and plans of action within the organisation. In this regard,  Council called for an update in SAICE’s Constitution which incorporated the voices of young members in the organisation’s decision making processes. Shilpi Jain, SAICE’s Young Members Panel (YMP) representative presented various challenges that faced younger members, pertinent of which included access of funding, limited opportunities available to get involved and the recruitment of enthusiastic younger members. Council member, Vishal Krishandutt reported that KZN consisted of some dynamic young people who were taking a keen interest in the SAICE brand and carried out several promotional activities.

In an open display of putting the money where the mouth is, Council called for live nominations of potential candidates that were under the age of 36 years for a position on the Executive Board. Phomolo Makappa and Gina Skinner were both nominated and voting members were given the opportunity to vote for the most suitable candidate. Following a five minute deliberation, Gina Skinner was elected as the new candidate on Executive Board.