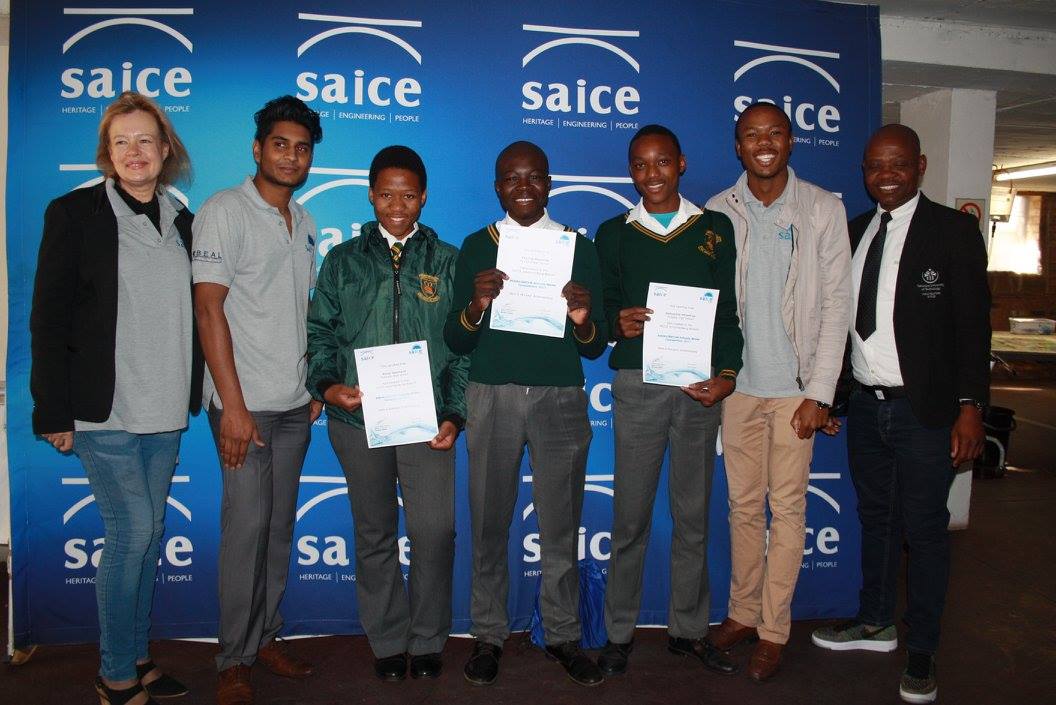 The SAICE Aqualibrium Schools Water Competition is aimed at creating awareness regarding the issues surrounding water in South Africa. It spreads the message that water is a precious commodity, which should be recycled, re-used and respected. The competition see’s various SAICE regions hosting their own leg of the competition – the winners of which are then entered into the National competition.  The competition strengthens initiatives which encourages learners to take Mathematics and Science at school and to follow a career as a civil engineering practitioner.