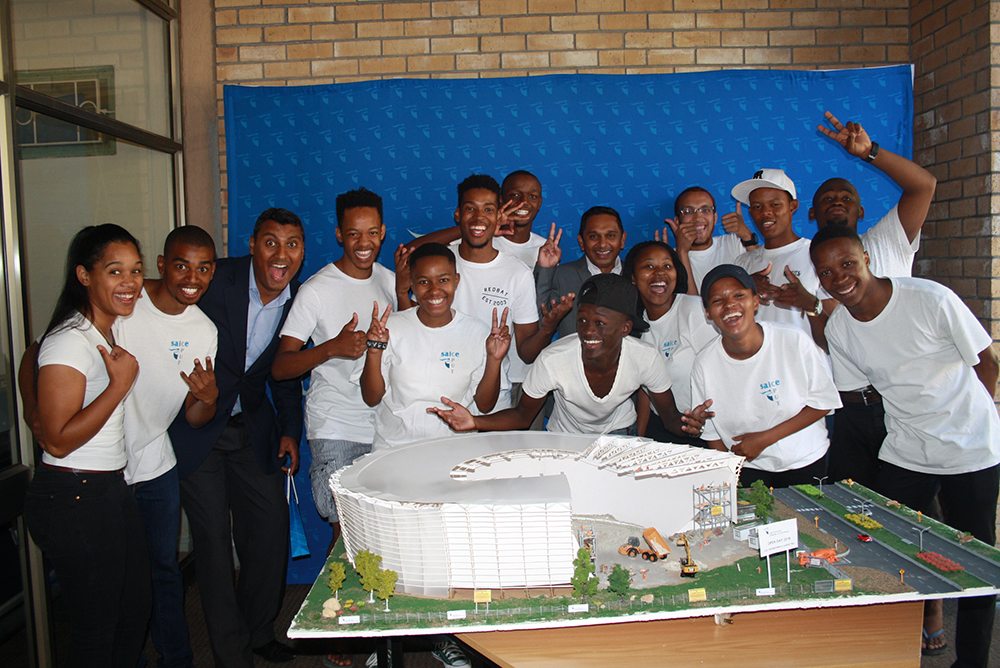 The SAICE delegation led by 2017 President Sundran Naicker and CEO Manglin Pillay kicked off their branch visit trail for the year with a 4 day tour of the SAICE Cape Town region. The visit itself which lasted from 6-8 March 2017, saw the delegation make a stop at various institutions and organisations representing the length and breadth of the civil engineering industry. Branch visits allow SAICE’s top brass to engage and touch base with its constituencies countrywide, in efforts to better align its initiatives and mandate in service of its membership.

On the first day, the delegation visited the  University of Stellenbosch where they met with the Head of Department of the Engineering Faculty, Professor Kobus du Plessis, to discuss the status of his department. Professor du Plessis noted the pressures that came with ensuring that his department produced quality graduates that met industry expectations while navigating various challenges like strained student vs lecturer ratios and the dilemma of #FeesMustFall. Plans to expand facilities and laboratories were also tabled.

The delegation also had the opportunity to tour the state of the art Stellenbosch Smart Mobility Lab – a multidisciplinary research environment for Intelligent Transport Systems (ITS) that exposes students to the field of ITS through exposure to real-life projects and allows the department to access live data of the Cape Town Freeway Management System for research purposes. The delegation also took the opportunity to interact with the very active student chapter chaired by Todd Thomas as well as address final year students on the importance of early industry engagement and career pathing.

A courtesy visit  was also made at WEC Consult where Manging Director Francios Klomp appeared to be steering a steady ship in spite of challenges facing industry. The evening was rounded off with a meeting with the Western Cape Branch committe and later members at a cocktail event where SAICE President Sundran Naicker led a participative and interactive presidential debriefing that allowed members to divide themselves into groups and brainstorm challenges the region was grappling with, and thereafter present them to the delegation together with possible solutions to alleviate them. SAICE CEO Manglin Pillay, also took the time to engage members regarding the legal action SAICE together with 13 other Voluntary Associations is pursuing against the Engineering Council of South Africa (ECSA).

The remaining three days saw the delegation embark on visits to more consulting and contracting companies in the region namely: Shar Civils, Civils 2000 as well as Haw and Inglis.  The delegation also attended a strategic meeting at SMEC offices to discuss the feasibility of creating an auditing system to limit unethical practice in engineering project work. The meeting which was also attended by CESA President Lynne Pretorius was chaired by Johan Gerber and Christiaan De Villiers.

SAICE continued on its quest to strengthen its ties with the public sector in the region by making another annual stop at the City of Cape Town where the delegation convened with Executive Director of Utility Services, Gisela Kaiser and her team.

On the last day of the visit, the delegation engaged with HoD Ashaadia Kamalie of the Cape Penninsula University of Technology, where the delegation also had the opportunity to interact with students as well as the very active student chapter body chaired by Tsebo Koena.

Commenting on the experience, SAICE President Sundran Naicker shared his sentiments about the entire trip to the region, “It was a very positive experience with great interaction and energy from everyone involved.”