Civil engineers from the South African Institution of Civil Engineering (SAICE) and the South African Academy of Engineering (SAAE) met with the Minister of Water and Sanitation, Nomvula Mokonyane, and her advisory team, to offer support and advice to address the challenges posed by the drought in the Western Cape. This followed from meetings with the City of Cape Town and the Premier of the Western Cape, Helen Zille. The SAICE/SAAE team comprised six civil engineers with more than 200 years of expertise in the water engineering space, including water resources management, planning, infrastructure design, construction and academia.

The Minister expressed her gratitude for the goodwill and offer of support. She agreed with the team that all parties need to focus on dealing with the challenges in a collaborative and coherent fashion, and that there was an urgent need to bring calm to the situation. They needed to stop using the crisis to score political points as this was causing confusion. Some key outcomes of the meeting are as follows:

South Africans were coming together to address the water challenges faced in the Western Cape. The overall message was that the engineering community had a critical role to play in improving capacity of the public service in all spheres of government. SAICE and SAAE are committed to contribute to this process. 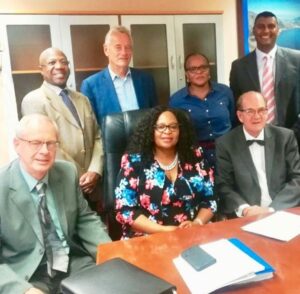 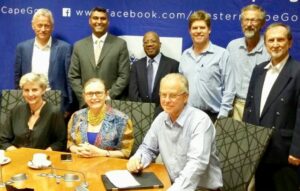