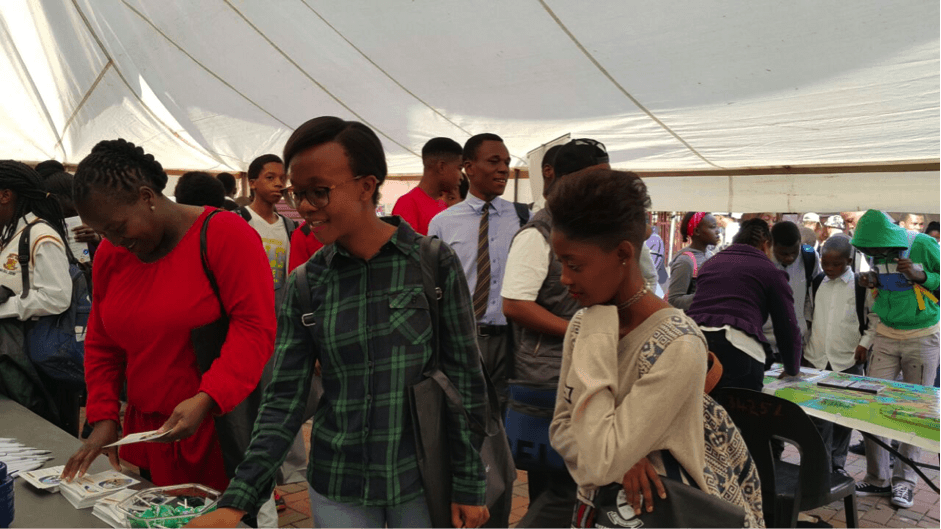 SAICE attended the Annual Career Awareness Day in Mamelodi, in Pretoria on Saturday 28 May 2016. It was held at the Evangelical Lutheran Church Pretoria Diocese and organised by the young league of the church to develop the learners from the local schools.

This event has been taking place since 2008. For the past eight years the youth league have been responsible to provide these learners of Mamelodi the opportunity to think about and to decide on their future, by creating awareness on different options. The career awareness day is a platform for the learners of that community to acquire more knowledge about the various careers that one could consider studying after matric. This year 330 learners from different high schools in Mamelodi attended.

SAICE has always assisted the community of Mamelodi with career guidance material to help the young league to spread the message about civil engineering. Bursary information was also given to the learners.

It was very interesting that young people organised such an event for the learners. The community is creating and building a network that will continue to build others who are still at school. People from different companies like Vodacom, the Department of Energy, National Youth Development Agency, Deloitte Auditing firm and other companies, were there promoting the skills they need.

There are SAICE members who are also actively involved in their communities. We would like to encourage them to continue to do the good work. We at SAICE are ready to send brochures, magazines, DVDs and cartoons to inspire the learners about civil engineering should you need these. If a representative from SAICE is available, they would gladly attend such events.