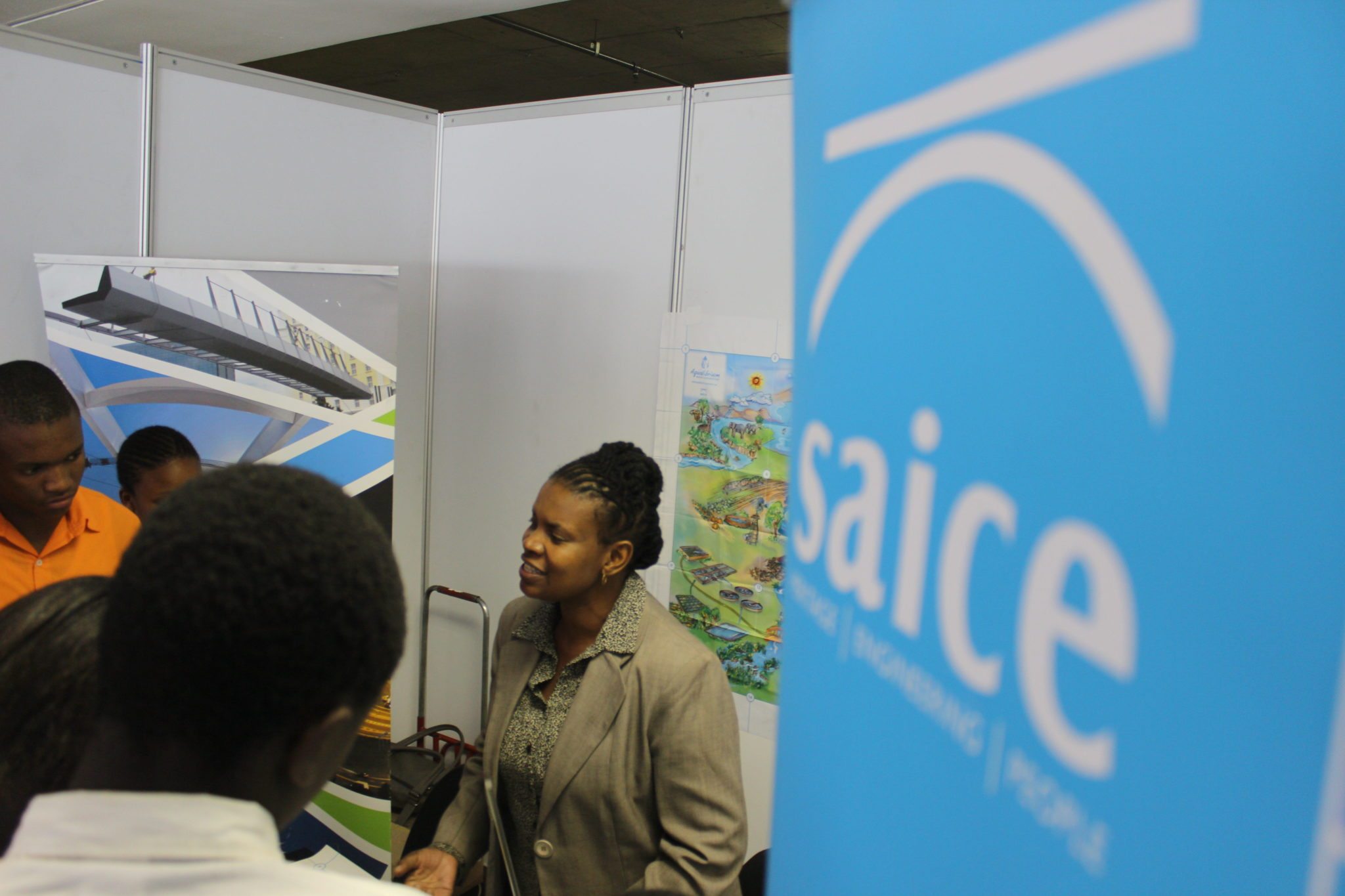 Civil engineering is all about serving people!

SAICE had an exhibition stand at the Sci-Bono Engineering Career Focus Week to promote and advance the engineering profession.

The aim was to:

The week of 23 to 27 May 2016, was Engineering Focus Week at the Sci-Bono Discovery Centre in Newtown, Johannesburg. The different engineering disciplines worked together to share knowledge about their specialities, its importance and why learners should consider following such a career.

The South African Institution of Civil Engineering (SAICE) is proud to have been part of this event, because of the opportunity to give learners more information about civil engineering and careers related to engineering. The AQUALIBRIUM water network was used as a teaching tool to explain some of the structures that civil engineers build.

The Consulting Engineers South Africa (CESA ) and the Engineering Council of South Africa (ECSA) also attended this event, covering a variety of the engineering fields. The Gauteng learners from grade 10 to 12 were invited to attend. The different engineering careers available to study at universities and universities of technology were explained to them. This event increased the learner’s knowledge and changed perceptions about engineering. It was a very important event as it was an event where leaners were assisted to make decisions about which career path they would follow.

Not all the learners were familiar with engineering faculties, and that even women could study civil engineering! This event has shown learners that civil engineering is another career for helping people in a professional way. When learners were asked “Which career would you like to follow?” some responses were that they wanted to be doctors in order to help other people. They believed that only doctors could save lives. Others indicated that they would like to become pilots to be able to travel the world.

As an exhibitor one has to inform learners that civil engineers are required in our everyday lives as we need water, roads, bridges cell phone towers, etc. People cannot conduct their daily lives, business or pleasure without the infrastructure provided by civil engineers. Leaners were encouraged to look for bursaries and to apply timeously.

Engineers addressed groups of learners. The speakers tried to persuade learners to study hard and they answered all the questions the learners had. There were many exhibition stands and lots of information for learners.

The Engineering Focus Week assists learner to decide about their future by making wise choices.