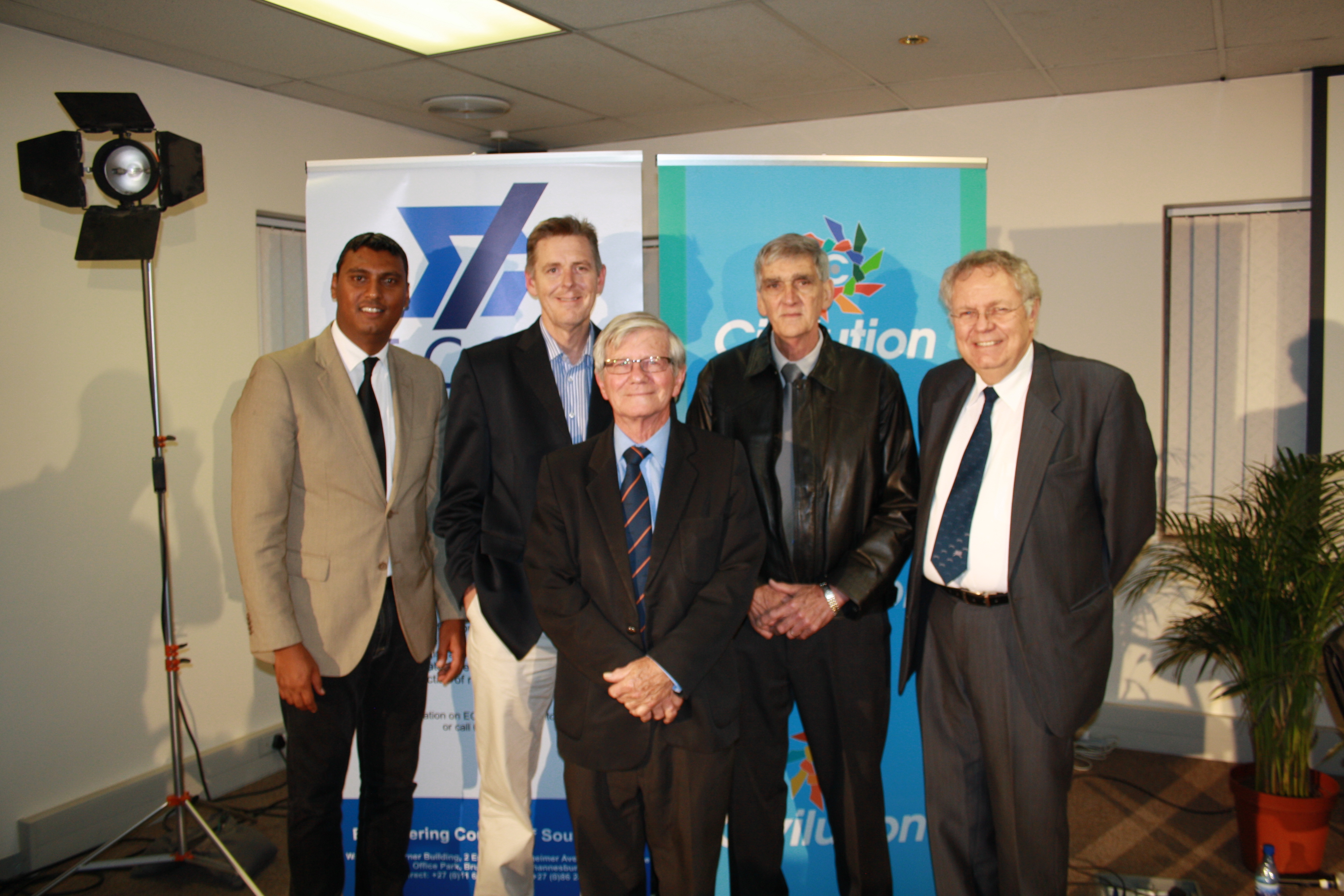 SAICE held its last Civil Talk of the year on 23 November 2014 at SAICE House, Midrand. The discussion, which was titled: Who wears the Hat? Can a technician/technologist do the work of an engineer?, was led and facilitated by SAICE CEO, Manglin Pillay. The panel of experts who shared their views on the topic were Johan de Koker Pr Tech Eng, former UJ HoD and past president of SAICE, Dave Duke Pr Tech Eng and Head of Urban Development SMEC South Africa, Dr Terry Stidworthy Pr Tech Eng and Rod Harker Pr Eng of ECSA.

The two-hour long session saw the panellists tussle over the intricacies of the Identification of Work Document (IDoW) which includes the controversial cross category section that stipulates the boundaries within which engineers, technicians and technologists can perform work. The document as a whole intends to provide clear division of work of the different designations of engineering professionals. Johan de Koker called into question the legitimacy of those who put together the IDoW saying they were not engineering professionals and therefore their contributions were largely ill-informed. He further stated: “The distinctions as outlined by the document are flawed and could drive a wedge between industry professionals.”

Rod Harker defended ECSA’s position stating that ECSA acknowledged the overlaps and the slight contradictions that were concerned with the implementation of the IDoW, maintaining that the objective of ECSA’s guidelines was not to divide industry professionals, but rather to keep incompetence out. In the discussions he stated: “Our goal is to keep incompetent people out.” According to Harker these guidelines in no way sought to undermine certain professionals, saying that any engineering work ought to be undertaken by competent professionals and ECSA’s objective was to ensure this.

In the end panellists agreed that all engineering professionals were critical to the industry. Addressing the perceived superiority of registered Pr Eng’s over other engineering professionals, Dave Duke said: “We all have different strengths. I do not feel as if my designation has limited me in any way in my career. Know who you want to become upfront, become that, and be proud of it.”