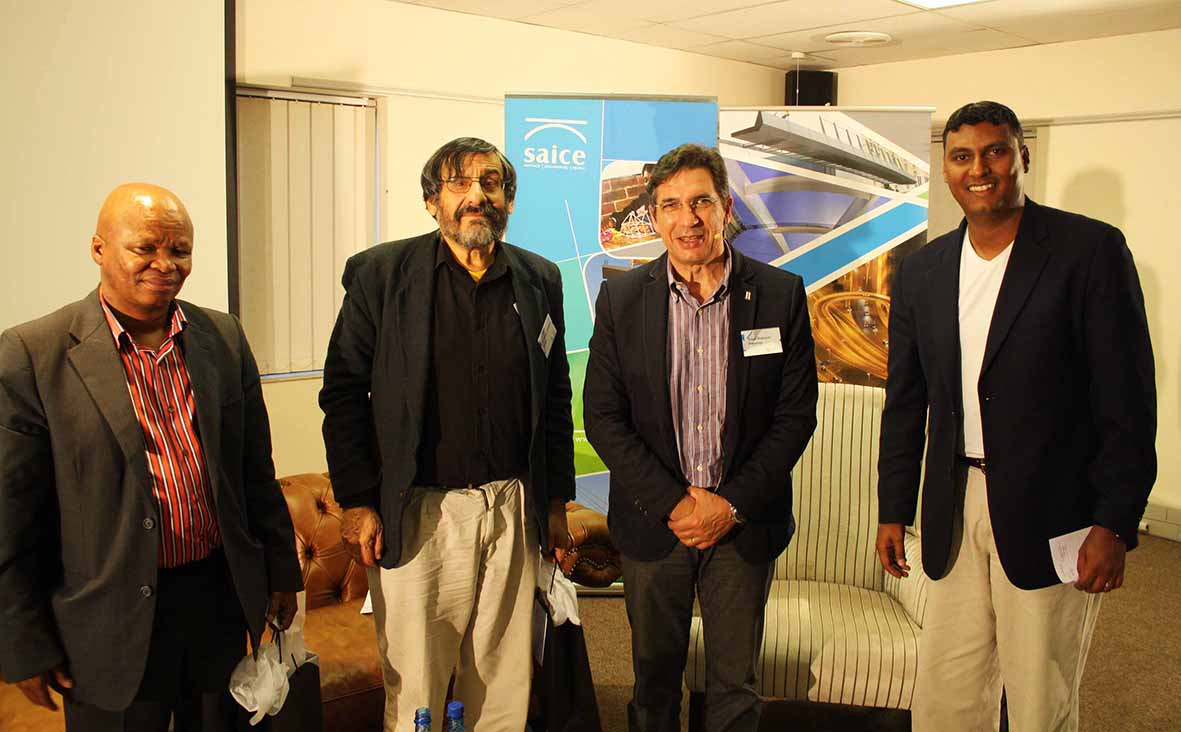 On 17 September 2015, SAICE held its 3rd Civil Talk for the year at its national office in Midrand. The discussion, entitled Accountability starts with YOU, was facilitated by eNuus anchor on Kyknet, Freek Robinson. Sharing their expert views on the topic included panelists’ Mr Tebogo Motlashuping, Chief Director of Corporate Governance and Traditional Affairs and Professor Steven Friedman, a South African academic, newspaper columnist, former trade unionist and journalist.

The two-hour event knocked off with the panelists sharing their thoughts on accountability in South Africa and the current state of affairs that center around it. This encompassed pertinent discussions on the fact that a quarter of the GDP in South Africa was found to be maladministrated and/or in corruption, with a staggering R34 billion that was mal-spent by municipalities.

Motlashuping stated that there were several reasons for this, which included the lack of suitable qualified people in positions of authority, the standard of qualifications of senior managers as well as competence levels. He noted that prior to 17 January 2014, no regulations were in place for minimum competency levels for senior officials, saying that this has since changed with the introduction of new laws which place a strong reference on skills, knowledge, expertise, years of experience and assessment.

Thereafter, Friedman took to the microphone stressing that accountability remains a major problem in the country, both in the public and private sectors. “Who has POWER?”, “Which buttons do you press?” noted Friedman. In holding the government accountable, Friedman stressed that citizens should be active in their voting given that, votes are not only in respect of democracy. “Communication is imperative and should form a solid link between government and the people on the ground”. Moreover, communication between authorities, engineers and their respective bodies should be undertaken to determine the necessary qualifications required for technical capacity in the country.

The discussion ended with a question and answer session that was open to the attendees who challenged the panelists on various aspects of the discussion, as well as action points for moving forward.