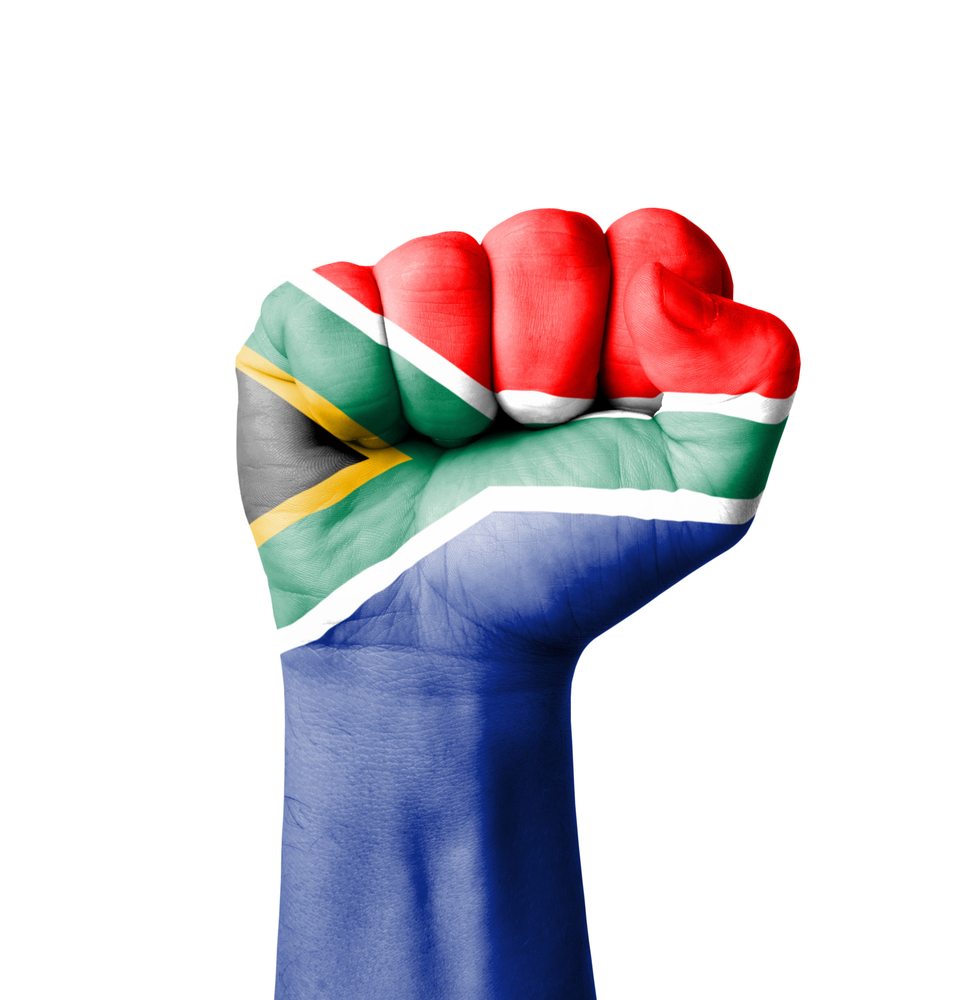 It is a fait accompli – the Cuban engineers have landed! It is with great concern that the South African Institution of Civil Engineering (SAICE) learnt of the arrival of the 34 Cuban engineers in a statement by Minister of Water and Sanitation (DWS), Ms Nomvula Mokonyane. These Spanish speaking engineers, hailing from a communist country in our 20-year old democracy, will now solve South Africa’s looming water crisis.

South Africa has world-class civil engineering professionals in hydrology and hydraulics and water engineering in general. There are many experts, the last one, Neil Macleod, receiving the 2014 Stockholm Industry Water Award for “Most progressive water utility in Africa” on behalf of eThekwini Water & Sanitation, a part of Durban Municipality in South Africa. It was awarded for its transformative and inclusive approach to providing water and sanitation services. Manglin Pillay, CEO of SAICE, states, “Our engineers are world-renowned and very well recognised globally, but we don’t seem to be having the same favour here in South Africa!”

Should the Department of Water and Sanitation have launched their “recruitment drive to find skilled professionals to deal with South Africa’s water problems” in South Africa, with the same remuneration and incentives, SAICE is confident that many a civil engineering practitioner, who knows South Africa’s water challenges inside out, would have been available to assist in ‘sorting’ these out in rural communities, and in national and provincial infrastructure departments. The money spent on establishing and accommodating these engineers in South Africa could possibly be better spent re-looking current salaries and working environments in these areas to the benefit of civil engineering professionals, a number of whom are unemployed, thereby creating sustainable jobs within South Africa.

“Our engineers need to get first choice. We have excellent, experienced engineers both locally, as well as those who are currently working outside of South Africa.  Government needs to make strides to attract South African engineers back to South Africa and back into our government sector where they are most needed. If there is a shortage thereafter, then the whole world can join us,” says Pillay.

“It must be noted that there is immense confusion on who to approach if one has to deal with these issues. The possibilities include approaching individual infrastructure departments like the national Departments of Transport, Water and Sanitation, Public Works, Housing, Corporate Governance and Traditional Affairs. Unfortunately, very often, once communication has been established, Ministers, DGs and/or DDGs change quickly due to various circumstances. Continuity is thus prevented and the process of establishing contact and relationships needs to start all over again.”

Bringing Cuban engineers to South Africa will also, unfortunately, not bridge the gap to solve government’s lack of communication with the civil engineering fraternity to finding solutions for our water problems.

Some of these issues have been discussed at the Civilution Congress hosted by SAICE in April 2014, where the Civilution Forum, consisting of various voluntary built environment associations, was established.

Approaching government raises the challenge that when engineers, and particularly engineers who are business owners, raise these concerns, they fear being marginalised from further project work with government. SAICE has, however, been raising these concerns on behalf of its members (individual civil engineering practitioners) and continues to offer assistance to government to resolve these key challenges.

Should government not rise to solving the infrastructure problems, i.e. provision of water and sanitation, housing, roads, etc by using the civil engineering industry to soften the plight of those protesters currently being shot at for not having the basics ensconced in our Constitution? Or people setting fire to schools?

Stanford Mkhacane, 2014 president of SAICE, opines that, “The best thing for government would be to come together with SAICE and the Civilution Forum to coin strategies to address the long-term needs of the country. We had begun with our initiatives when we went to see the DWS.”

One cannot blame civil engineering practitioners if they start feeling alienated by the very government that will not be able to answer to the NDP goals without them, as they are essential to any infrastructure development in future. Should they stay in South Africa or leave for a country that would use their expertise?

Dr Martin van Veelen, 2012 president of SAICE, stated, “South Africa is blessed with a highly competent and experienced corps of engineering practitioners. It is one of the few countries on the African continent that does not need consultants from Europe or other countries to solve the challenges of a developing country. However, the centre of gravity of the accumulated wisdom lies in an ageing, predominantly white and male group of professionals. This is certainly not politically correct, but it is a fact. The country cannot afford to disregard this boon if the objectives of the National Development Plan (NDP) are to be achieved.

Unfortunately this experience, expertise and wisdom will only be available to South Africa for the next five to seven years before they really have to retire or worse, start dying.

·       Provide the infrastructure for water-supply

·       Enhance capacity building through training and support of local staff, and

·       Be responsible for water management and water supply.

Many questions arise, not least of which is the matter of language – the Cubans speak Spanish. Then there is the matter of engineering professionals having to adhere to the standards set by the Engineering Council of South Africa (ECSA), which is a statutory body. Are the Cuban engineers exempt from these while South African engineering practitioners are not? “If these specialists are not registered with ECSA, how will they do acceptable ‘seasoned mentoring’ as stipulated in the objectives?” asks Mkhacane.  “This will definitely stunt the candidates.” Cuban engineering skills are not recognised by ECSA as they are not part of the Washington Accord that governs international engineering qualifications and of which ECSA is a signatory. How will they be accepted into the engineering fraternity without this?

On the issue of deployment and looking at the above tasks, how would language affect efficiency in capacity building through training of staff – are these the non-existent technical staff in rural local authorities? These engineers also have to adapt to performing and living in a democracy, as Cuba is a communist country. Learning the culture and the South African environment could prove to be extremely difficult.

Pillay says, “Having to face these challenges, overcome them, and adjust to them could take at least 18 months – that out of a five-year contract period. Because of these challenges, the Cuban engineers previously employed at the DBSA and several government departments in Gauteng, were simply not used on projects, and were marginalised in the work environment. Some complained that they played video games and downloaded stuff off the internet all day – they were not incorporated into the South African engineering teams.”

In 2002, 25 infrastructure professionals were brought into South Africa, with a further 400 Cuban professionals in architecture, engineering and medicine arriving in 2010. From an engineering perspective, the Cuban engineers were involved in housing development projects as advisors and on-site supervisors. Some of these professionals indicated that they were indeed placed in jobs, but that language was a huge barrier which prevented them from doing meaningful work. During their second year they could start assisting in doing some work, but then they had to leave again for Cuba. This just does not make sense.

In 2012, in his presidential address, Dr Martin van Veelen (2012 president of SAICE), stated that in the then Department of Water Affairs, where bulk water infrastructure planning occurs, only seven out of a senior management structure of 48 people were engineers. It would be interesting to know how many engineers are now serving in the senior management structure and whether any of them were involved in the afore-mentioned needs analysis.

The serious shortage of technically qualified managers in all three tiers of government, is of great concern. However, bringing in Spanish-speaking engineers is not a solution as their work spans only a couple of years. Their presence will also not address the issue of inappropriately qualified and inexperienced persons appointed in technical positions.

Furthermore importing Cuban engineers has a possible unintended cost, i.e. the lack of training and developmental opportunities for our own young engineers.

Pillay says, “It appears the weakness in government structures is the lack of knowledge on how to identify projects and how to spend the allocated money. This is evident from the lack of structures, processes and systems in government to manage infrastructure spend. Then there is the cauldron of unsuitably qualified individuals, ineffectually occupying technical engineering posts, nervously managing engineering projects, and second-guessing the allocation of funds. It is necessary to re-install appropriately qualified and professionally registered technical people back into the system to plan, identify, procure and manage large-spend engineering projects.”

In an open letter to the ministers of infrastructure departments and the Presidency, Pillay said, “I draw your attention to the following pivotal prerequisites for your success as government in terms of service delivery: It is vital that dynamic professional engineering practitioners occupy appropriate senior posts in national, provincial and local government. By senior posts I mean Directors General, Deputy Directors General, Heads of Department and Municipal Managers. Furthermore, these posts should not be tainted by political interference or skin colour. It should be based on professional registration, experience and competence. “I cumulatively refer to the departments to whom this letter is addressed as ‘infrastructure ministries’. The primary purpose of the infrastructure ministries, and local government, is to efficiently deliver, operate and maintain infrastructure. Other service departments, then, become peripheral services and are there to support infrastructure and service delivery. Let me be clear – these ‘other’ services should not carry equal prominence and authority so as to dominate and command infrastructure service delivery. I refer to the role of Human Resource Management and Finance that now tend to reign supreme.”

The National Development Plan, together with President Zuma’s State of the Nation Address earlier this year, placed emphasis on job creation and infrastructure development. This affords SAICE the opportunity to engage with government, and to serve as the honest and non-biased broker for civil engineering expertise to be installed back into the system. Please accept this offer to enable us to solve South Africa’s water, and other problems, together.

SAICE is seriously perturbed about the import of Cuban engineers and once again implores government, and specifically the Department of Water and Sanitation, to further engage with them (SAICE), to find solutions.