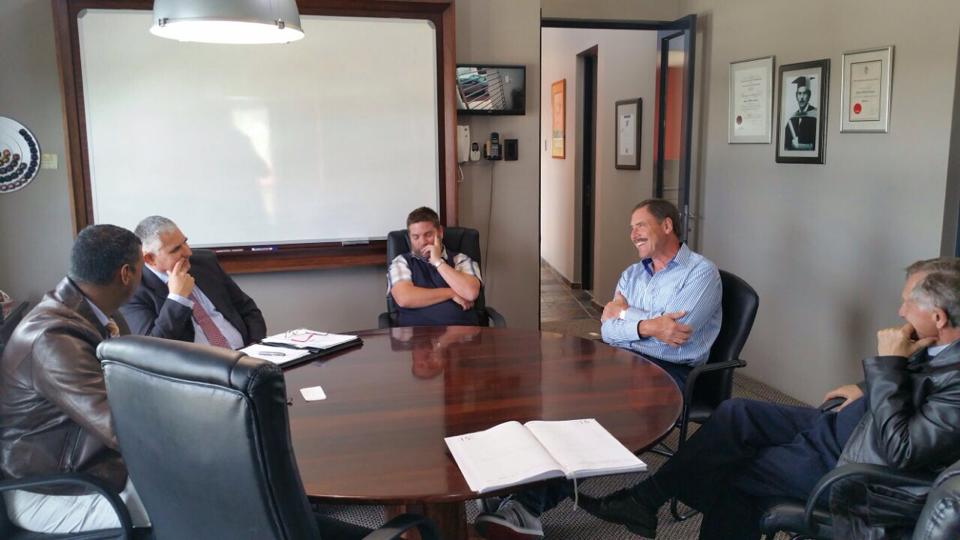 Upon arrival, the delegation was met with a warm welcome, by the staff of Miletus Consulting, one of approximately four consultancies in Harrismith. Introductions were made and the delegation began round table discussions on the development of civil engineering in the region as well pertinent issues that centered on youth development, leadership and mentorship.

Thereafter, the delegation was taken to view the Sterkfontein bulk water supply scheme station – one of South African’s largest dam facilities, providing water to surrounding communities in the area. During the two hour visit, the President and CEO were taken around the facility via a mini tutorial on the bulk water supply syphon, water treatment works and the raw water extraction pump station.

The trip concluded with the region’s first branch committee meeting which saw a promising turn out of enthusiastic members who were more than willing to vouch their services in ways that could help the branch move forward.