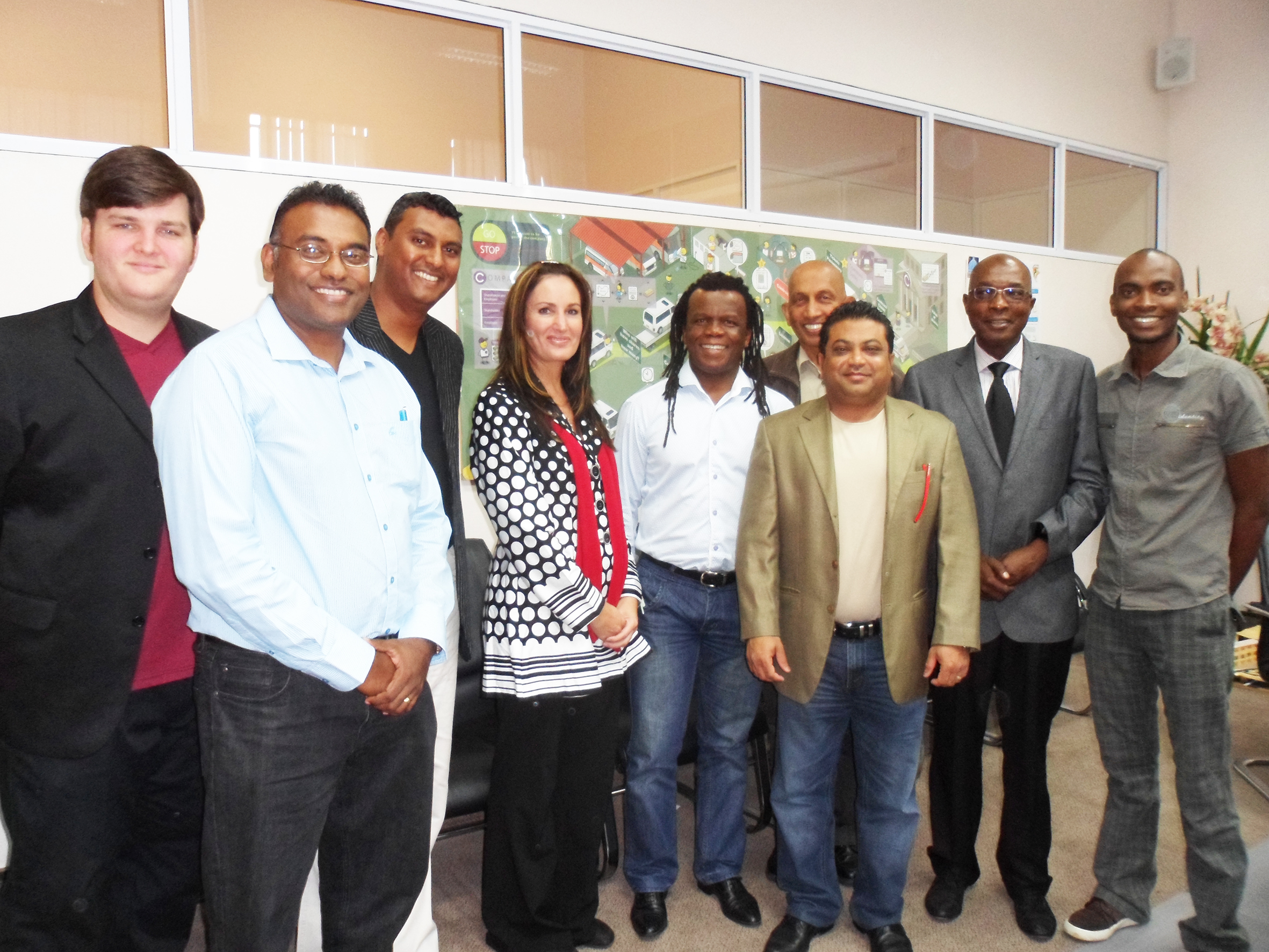 The Durban leg of the 2014 Presidential visits took place between 13 and 15 May. This 3 day tour of Durban saw the Presidential delegation, led by President Stanford Mkhacane and CEO Manglin Pillay, visit no less than six vested stakeholders, who were representative of all spheres of the civil engineering industry. This vast list included educational institutions, voluntary associations and private businesses. The visit once again provided a platform for SAICE to touch base with its members in Durban, in addition to this, it provided the constituency with a credible platform upon which to raise to their issues and concerns.

Interactions with the private sector revealed that many companies were keen to partner with SAICE to advance the needs of the engineering fraternity.  AECOM expressed their wish to get involved with universities through SAICE. SMEC, a global corporate, agreed to collaborate with SAICE’s student chapters in an effort to provide guidance to students regarding industry expectations of graduates.

Hatch Goba took the opportunity to re-iterate its continued support to SAICE in any endeavours it undertook to benefit and sustain the profession. They also communicated their vision of collaborating with SAICE in raising the profile of engineering and to assist in career development activities for students and graduates. They also expressed their willingness to partner with SAICE to fast-forward transformation initiatives especially those which sought to attract more female engineers into the industry.

Voluntary Association IMESA, said they were keen to collaborate with SAICE on any efforts that aim to professionalise the industry and entice more technical expertise into municipalities.

Interactions with institutions of higher learning in the region revealed that universities and universities of technology continue to operate under difficult circumstances. President Mkhacane and Mr Pillay addressed students highlighting the benefits of being a SAICE member, such as gaining entry to SAICE’s influential and powerful network of professionals, as well career development and guidance. Students were encouraged to join SAICE as ambassadors of the aspirations of the civil-engineering fraternity.

Overall, the industry in Durban demonstrated a willingness to take charge of their situation. What was encouraging was the diversity across the industry spectrum who expressed their willingness to partner with SAICE to effect change using the minimal resources and influence they each had.