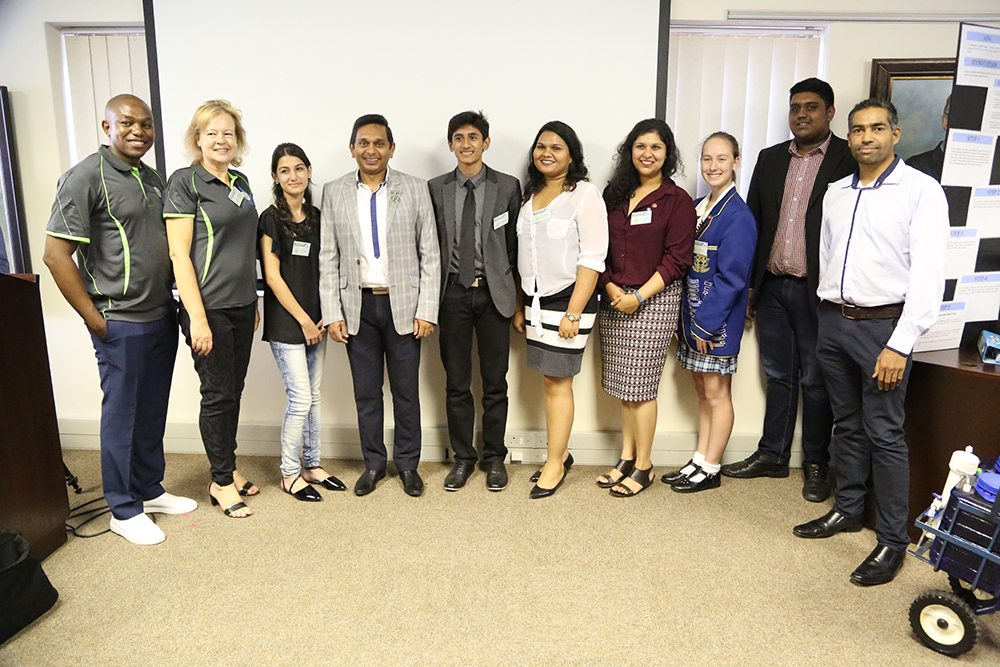 Jabu Mahlangu, Chairperson of SEED, says that the four winning students were given a platform to showcase their innovative projects to the audience. The event was attended by SAICE’s President Sundran Naicker, members of SAICE’s Environmental Engineering Division, as well as other individuals from the engineering industry.

Raheemah walked off with SEED’s first prize. The purpose of her project is to save water that is being wasted during the period where people leave the tap open to run, while waiting for the cold water to become hot. The SaveWatap technology makes use of a two switches that are connected to a T-piece stop valve which control the flow of hot and cold water. The technology benefits the environment and reduces the costs of water and electricity bills.

Sayash received a joint third prize from SEED. His project involved the investigation of a peri-urban town which has a single, open, solid waste landfill site which is not compliant with minimum waste standards and is situated in a residential area. Waste management is a poorly rendered service with indiscriminate waste disposal including hazardous waste and the absence of recycling facilities. There is surface and subsurface migration of landfill gases since the landfill has no buffer zone between the residential area and it is an unlined landfill. The aim of the project was to determine if the morphological structure of soda-lime nanoparticles with higher surface area and chemical reactivity will increase the functionality of CO2 absorption and act as a sink, reducing CO2 at the peri-urban landfill site.

Megan received a joint third prize from SEED. Her project looked at whether using the initial filtration system, as well as a portable filtration system, which comprised of a recycled filtration membrane and filter system, would improve the quality and content of various water sources. Megan built her own filtration system, she compiled a video to present the mechanical movement for her furthered project and compiled 20 surveys and sent them to underprivileged communities outside of Welkom and Virginia. She arranged interviews with two experts in the field of water filtration and tested a river water sample by taking a before and after sample. Overall the results of her project showed that by using the portable recycled filtration system as well as the previous system, the quality of the water source has been improved. Microbiological tests results showed that the microbiology in the water source was eliminated in both tests.

SEED’s first Young Movers and Shakers event was an outstanding success. The division has set the scene for an annual industry event where the future engineers of our country can present their environmental engineering innovations to the industry.