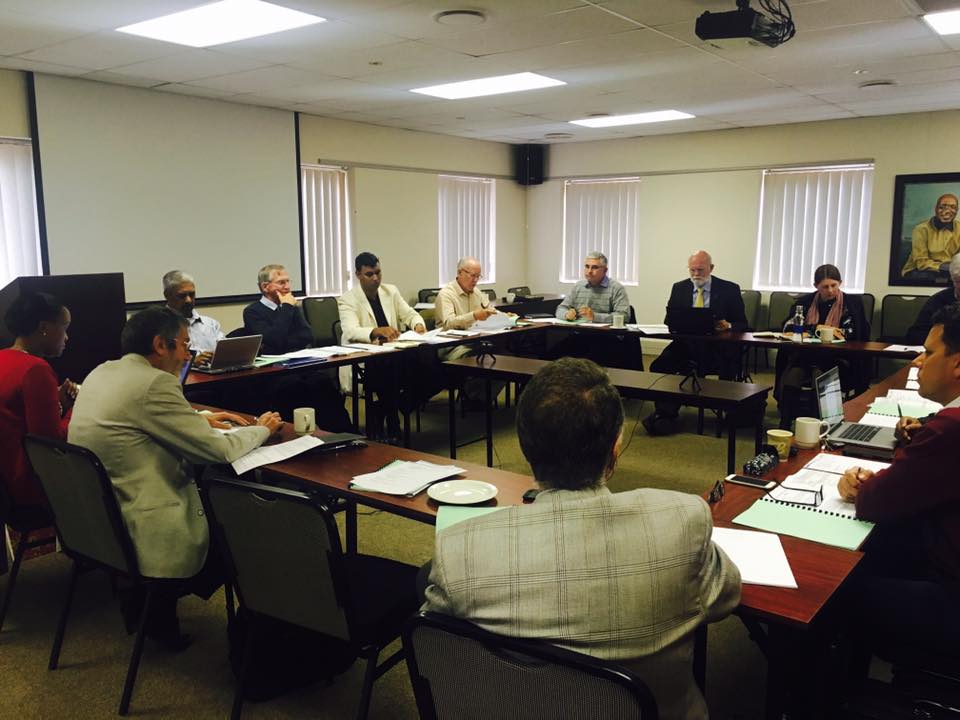 SAICE’s Executive Board convened in a meeting on 26 May 2016 at SAICE National Office.

The meeting which was chaired by SAICE 2016 President Dr Chris Herold, was attended by a host of SAICE members who sit on the institutions panels, including chairpersons of Education and Training, Membership, Finance and Administration, Tom McKune, Bridgette Kerst and Martin van Veelen. Also in attendance were SAICE CEO Manglin Pillay PrEng and COO Steven Kaplan PrEng. The meeting was focused on issues pertaining to the macro strategic direction of the institution. These included discussions relating to how SAICE could strengthen international relationships, as well as how the institution could further improve its membership benefit offerings. Dr Herold reported on the status of his key focus areas for his year of presidency, and reiterated the importance and continuous efforts being made to re-capacitate the public sector and to delve into issues of procurement.