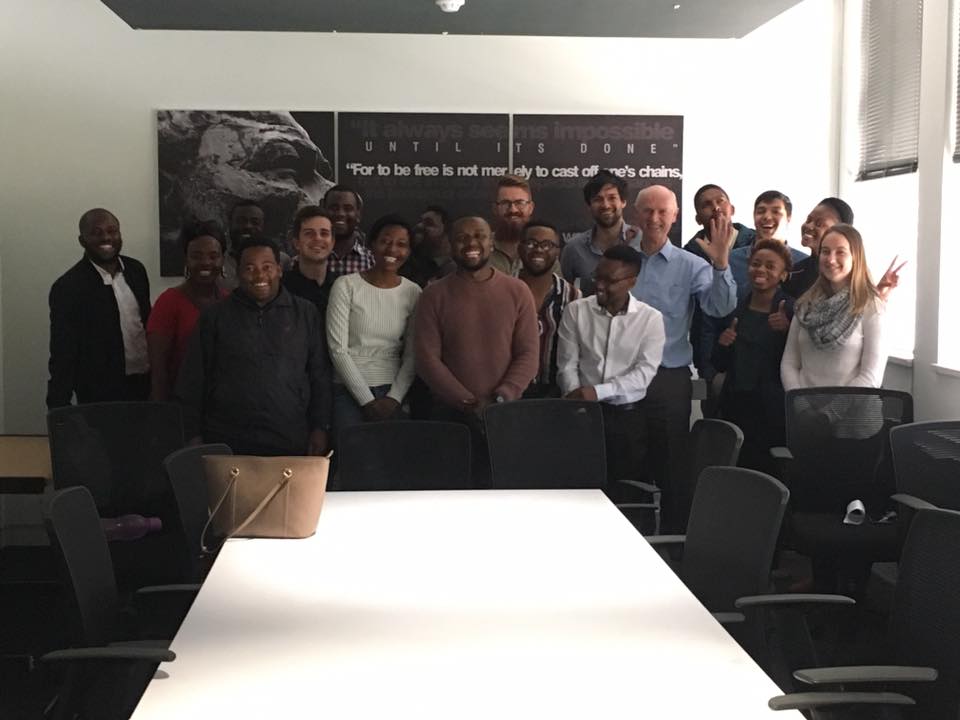 The SAICE Presidential delegation led by 2019 President Brian Downie visited the Algoa Region from 21 – 22 August 2019. During the visit the delegation visited the Nelson Mandela University (NMU), met with the University’s Head of Department and lecturers, student chapter members and other constituencies in the region.

Downie introduced the NMU Civil Engineering staff to SAICE’s new strategy – Growing Forward, whilst reiterating his vision of promoting STEM learning through the Khan Academy platform. “Khan Academy is the Disneyland of learning and is easily accessible”, noted Downie. In addition, Downie enlightened the NMU staff on the Ask SAICE Portal – a Growing Forward initiative that aims to revolutionise the learning experience for both young and senior engineers, the Institution as well as the industry at large. Next, President Downie addressed students at the University by sharing his Presidential theme for the year titled: It’s a New World. Students were captivated by Downie’s talk as he challenged them on futuristic and thought provoking notions on artificial intelligence, robotics and civil engineering.

Following this, the Presidential delegation visited the local SANRAL offices and were hosted by Theo Johannes, one of the organisation’s senior engineer’s. Johannes is also a mentor at the Technical Excellence Academy (TEA) which began in 2014 with a few champions from Hatch Goba. Furthermore, Johannes enlightened Downie on his enthusiasm in partnering with SAICE in executing mentorship initiatives that aligns with SAICE’s current strategy.

The final leg of the visit saw the Presidential delegation meet with local members over a breakfast presentation and meeting. Downie encouraged all members on the future of the industry and thanked them for their collaboration with National Office and the local branch.