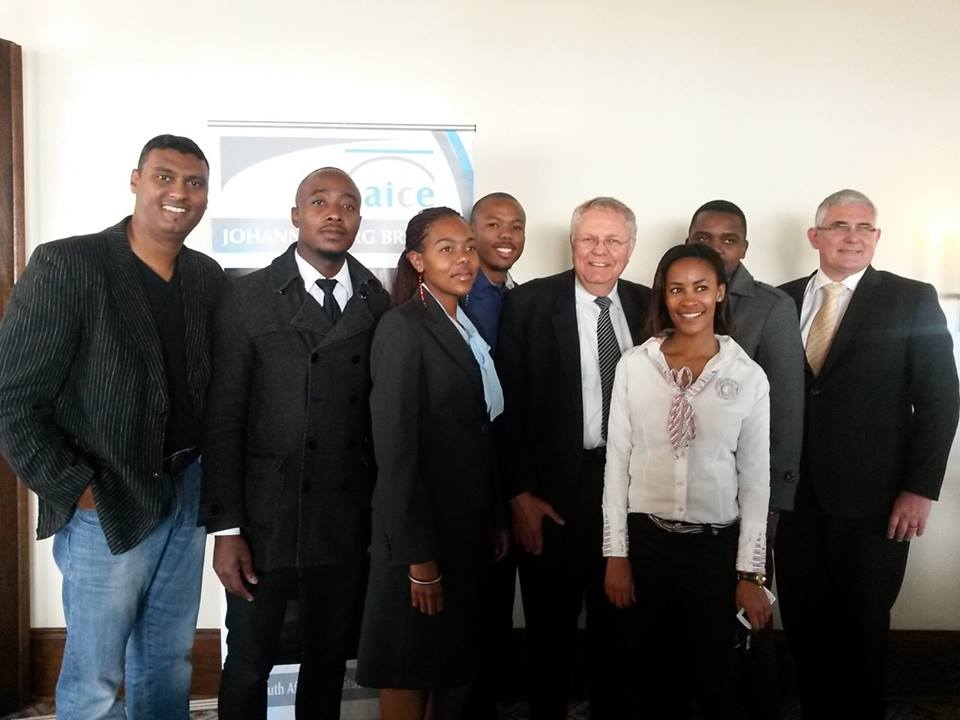 The SAICE Presidential delegation led by SAICE President Malcolm Pautz and CEO Manglin Pillay embarked on the Johannesburg leg of the annual presidential visit on 20 August 2015. The visit kicked off with a CPD accredited Breakfast Talk at Watervalley Clubhouse, Waterfall Midrand. At the talk, which had an impressive turn-out of young members, President Pautz encouraged young engineers to never be afraid to question the status quo and immerse themselves in matters affecting industry. He also added that as much as young engineers had a lot to impact positively by being actively involved in matters of the fraternity they should never be closed to learning, “our senior engineers possess valuable knowledge, learn from them”, he said.  Top performing student members and members who had contributed positively to branch activities were also presented with awards at the breakfast.

As an extension of the CPD accredited events of the morning, members of the branch led by the JHB committee chair Lorato Nstie and long serving SAICE member and past president Johan de Koker accompanied the presidential delegation on a site visit of the much anticipated Mall of Africa. Valued at an impressive R5-billion, the 115 000m² Mall of Africa project will be the largest shopping mall ever built in South Africa in a single phase and is set to rank 7th highest globally, with 23-million square metres.

The day’s events rounded off with a visit to the University of Johannesburg Doornfontein Campus where CEO Manglin Pillay addressed final year engineering students and met with the HOD and university staff members and later SAICE student chapter members to discuss issues the department were facing and to fashion collaborative ways of addressing them.