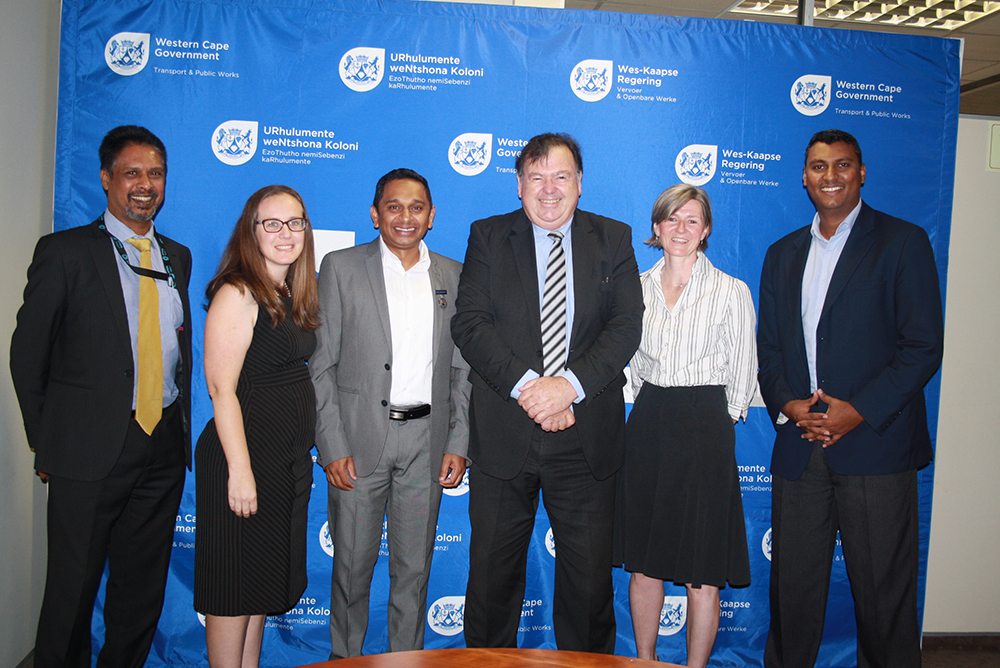 The SAICE delegation led by 2017 President Sundran Naicker and CEO Manglin Pillay had the opportunity to meet with the Minister of Transport and Public Works, MEC Donald Grant at his offices in Cape Town during their four day visit to the Mother City. This initiative was part of SAICE’s  annual branch visits.

The  SAICE delegation has been in talks with the MEC over the last three years in an effort to strengthen the ties between industry and the public sector in the region.  Also in attendance was the MEC’s Head of Department (HoD) Jacqui Gooch as well as Melanie Kemp Hofmeyr (Road Network Management).

A key issue covered in the meeting was the advisory role SAICE could play to provide guidance to assist the department alleviate some of the problems it faced pertaining to technical engineering expertise and capacity.

The department also shared some of the challenges it faced as a client within the industry namely untrustworthy consultants and shoddy delivery on projects. With respects to this, MEC Grant proclaimed his willingness to partner with SAICE to develop solutions that would protect the client from incompetent and inadequately experienced consultants.

MEC Grant also expressed his concern with the legal action pending against the Engineering Council of South Africa (ECSA) led by SAICE and 13 other Voluntary Associations. “We’ve received knowledge that ECSA has stalled registrations– and this is concerning for us as some of our employees, who have been promoted and applied for registration during this uncertain period, might lose their jobs if they aren’t registered within six months of appointment”. He further stressed his wish to see the dispute resolved as speedily as circumstances would allow to intercept the unintended consequences it could have on the public sector, industry, public and profession as a whole.