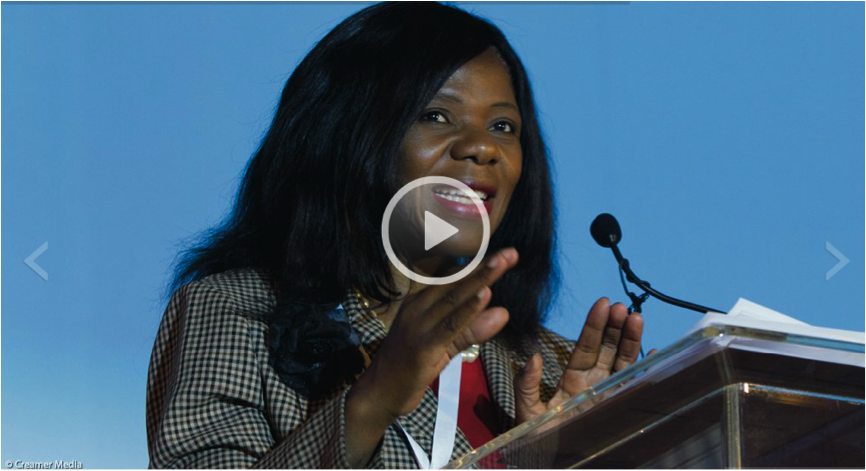 While the National Development Plan and its emphasis on infrastructure development provides significant opportunities for engineers that opportunity comes with great risk, Public Protector Advocate Thuli Madonsela said on Monday.

She noted that, in his 2014 Budget Speech, Finance Minister Pravin Gordhan announced that government would be investing R847-billion in infrastructure projects over the next three years.

“[However], with that opportunity comes great risks in terms of [work] not being done according to specification, not being done on time and sometimes not being done at all,” Madonsela said at the 2014 Civilution Congress held in Kempton Park.

She further pointed out that government did not deliver its own projects, but rather professionals implemented government’s plans and, therefore, ethical behaviour was not only required from government but also from the engineering industry.

Madonsela referred to the South African Institution of Civil Engineering’s (Saice’s) code of ethics, pointing out that it included aspects such as integrity, fairness and looking after the public interest. She said the code created hope, especially as corruption needed two willing parties to take place.

Therefore, if all engineers in the construction industry acted according to the Saice, or a similar, code of ethics, corruption problems would be done away with.

However, unfortunately this was not currently the case Madonsela said, stating that, in her investigations, she had found that construction work was often overbilled – costing municipalities much more than was budgeted for – not completed according to specifications or not fully completed but still certified as such.

Madonsela referred specifically to two cases her office had worked on, namely that of the Nala municipality, in the Free State – where RDP houses were left incomplete and the sewage system was ineffective – and that of Bram Fischerville, in Gauteng, where sewage piping that had been installed was not that which was signed for, but rather a cheaper option that did not meet requirements.

In both cases, the municipalities had to repair and in some cases reinstall this infrastructure leading to significant additional costs and the spending of money that could have been used for other projects.

Meanwhile, with regard to tenders, Madonsela said she had found that while tender processes were often carried out “according to the book”, inside the system competition was being eliminated, which resulted in an unfair process.

In future, Madonsela said the country had to work together to improve this situation and deliver on its Constitutional promise of an improved quality of life for all.

“We live in a rich country [and] we have more than enough money and reserves to deliver on the Constitutional promise,” she said, adding that the engineering industry had to come together and regulate itself.

“In future, even if government comes up with regulatory measures [to curb corruption], if there is no internal will, the system is bound to fail,” Madonsela noted.

She concluded by stating that the country could reach its development goals “if we all do the right thing and there is not maladministration”, adding that corruption was not only "dangerous" but wasted resources.