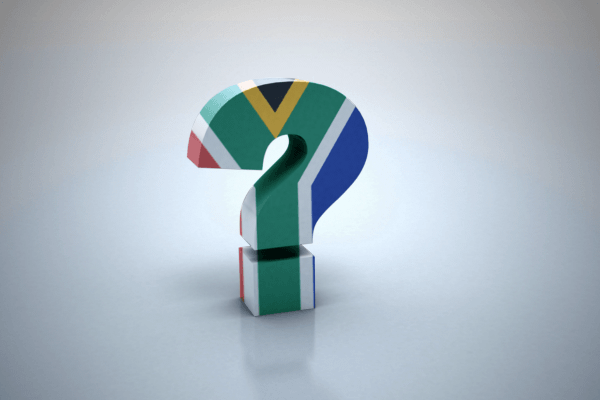 South Africa hasn’t been downgraded to junk status and that’s a relief.

A recent report issued by ratings agency Standard & Poor (S&P), indicated that the outlook remained negative due to adverse consequences of the country’s low GDP growth. This followed some concerted efforts from Finance Minister, Pravin Gordhan, in ensuring that the country does not spend more than it has. However, the rating affirmation has given South Africa some time to deliver on the promises made at the start of the year.

But what does this mean for the built environment?

The vision behind the National Development Plan (NDP) includes the enhancement of the country’s rural areas, achieved through successful land reform, infrastructure development, job creation and poverty alleviation. However, there are several structural weaknesses that must be overcome if Africa is to transform rapid growth and higher demand for commodities into increased employment opportunities as well as the standard of living. Critically, poor transport links and infrastructure networks, as well as tariff and non-tariff barriers, raise the cost of doing business and stagger both investment and internal trade. Weak legal institutions and, in some cases, poor governance heighten the risks of investing.

As a milestone of the NDP, government needs to ensure that there is a competitive base of infrastructure, human resources and regulatory frameworks. Higher investment, supported by better public infrastructure and skills, will enable the economy to grow faster and become more productive. In order to make significant progress this will mean intensifying the country’s global presence in areas of competitive advantage, while building the necessary infrastructure and skills.

It is the view of SAICE that any plans that attempt to diffuse our shaky status and intend to get us moving in the correct direction have to emphasize the built environment. Mainly because the built environment industry is positioned to carry the responsibility, for the major part, of realising the objectives as set out in the NDP. The built environment is not only at the heart of infrastructure creation and service delivery in South Africa but unlocks economic development. However the severity of the challenges faced within the industry will significantly hamper this progress.

Statistics for the national government departments involved in planning ‘technical’ infrastructure projects show that there is a substantial/severe shortage of civil engineering professionals with the necessary knowledge, skill, competence, experience and wisdom to plan the development of infrastructure and to oversee the sustainable management of the country’s valuable infrastructure assets; in essence the implementation of the NDP.

SAICE’s past president, Dr Martin van Veelen, points out, “With the billions now earmarked for infrastructure development, people with the necessary skills to understand the decision-making process of infrastructure development and spending and the responsibility associated with this, need to be deployed in all tiers of government. If the targets set out in the NDP are to be realised, these issues need to be addressed as a matter of urgency.”

Dr van Veelen explains that over the past number of years technocrats who had managed the central government departments and parastatals that are largely responsible for infrastructure development, namely the Departments of Water Affairs, Transport, Public Works, Provincial and Local Government, Housing and Energy, and parastatals such as Transnet, Eskom and Telkom among others, have been replaced by bureaucrats who do not always have the technical background or knowledge that is required.

Dr Van Veeleen asserts,” Achieving the goals of the NDP relies heavily on the creation of infrastructure to support and stimulate economic growth. Planning for infrastructure development requires a capable government, which in turn implies experienced and knowledgeable engineering professionals who can plan how this infrastructure development should unfold, given the limited resources that are available.” This view is supported by Peter Kleynhans, also a past president of SAICE, when he added, “Engineering skills have not been and are not being adequately viewed as a national asset”.

The need to get the engineering industry and built environment in order has never been more imperative. Meeting the objectives of the plan requires leadership to drive implementation.  South Africa’s policy makers to prioritise growth – whilst the built environment is perfectly positioned for growth, it is in dire straits and requires serious attention.