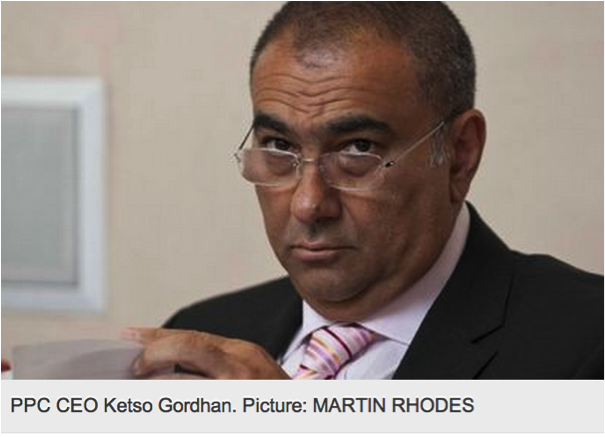 Existing processes were cumbersome, expensive and "frustrating" for both the public and private sectors, he said. They also allowed corruption to flourish, as well as black economic empowerment "fronting".

Mr Gordhan was speaking at the first "Civilution Congress" on Monday. This initiative aligns with his call last year for an "infrastructure Codesa" to get South Africa’s stalled R4-trillion infrastructure programme off the ground.

The construction sector has bemoaned the lack of work from the state despite continued undertakings by the government to lift economic growth rates and job creation through infrastructure investment programmes.

Complicating the relationship between the private sector and the government was the discovery of widespread collusion between construction firms ahead of the 2010 Soccer World Cup.

Mr Gordhan said one of the issues that needed to be addressed was the trust deficit between the public and private sectors — with the government seen as corrupt and incompetent, and the private sector seen as elitist and capitalist. "That gap is so big at the moment, in fact it’s become even bigger than it was … in 1994."

In an effort to rebuild trust and improve communication between construction firms, Mr Gordhan has been meeting officials from various government departments, sharing his ideas for an "infrastructure Codesa".

He told delegates on Monday the tender process was open to abuse and was "one of the main reasons we are not delivering infrastructure adequately, or on time or at the right cost". The alternative should be a modern, centralised process that would deliver high-volume, repetitive projects such as schools, hospitals and sewerage plants, he said.

By way of example he proposed that a "schools unit" be established — of designers, quantity surveyors and education professionals from the public and private sectors. It would oversee the building of 220 schools, divided into 10 packages, in open tenders.

The tenders would be openly scrutinised to decide the most appropriate unit cost for each design. This would ensure projects would be developed based on the best design, at an agreed-upon cost, with faster delivery.

In addition to oversight bodies for different project types, Mr Gordhan proposed using a mix of public and private money on projects following the "user pays" principle, such as sewage treatment plants.

South Africa had 34 municipalities with inadequate sewerage plants. Mr Gordhan said he had spoken to a number of financial institutions that were interested in setting up a "sewage treatment plant infrastructure fund".

The fund would be about 65% debt-funded and up to 20% equity-funded, while the government would supply the remainder "to cover the first loss if the revenue does not materialise".

"The revenue is based on the principle of ‘user charge’, collected from municipalities and the people who use it — very much like we did with renewable energy," Mr Gordhan said.

CEO of Consulting Engineers SA Lefadi Makibinyane said a "much more operational arm" of the Presidential Infrastructure Co-ordinating Commission was needed, as the existing model was "too political". The commission was set up by the Cabinet to co-ordinate and accelerate the implementation of the government’s infrastructure drive.

Consulting Engineers SA wants to sponsor a "project development facilitation and monitoring agency" staffed by engineers who would "ensure the proper planning and costing of projects". Mr Makibinyane said the private sector needed "well-defined" projects before committing to their delivery.

Construction group Stefanutti Stocks CEO Willie Meyburgh said while tenders and projects from the private sector were usually well managed, "in the public sector we find that’s not always the case". This was particularly applicable to municipalities, which often lacked skills and expertise. The entire tendering and project management system in the public sector "needs to be improved".