Watching that video was a wonderfully humbling experience, and I really appreciate the effort that everyone has gone through in putting the video together. Perhaps not all the kind words are true but thank you none the less.
The American writer, William Arthur Ward said that “Feeling gratitude and not expressing it is like wrapping a present and not giving it.” So, if you would indulge me, I would like to express my gratitude to the SAICE staff for their support and encouragement. Thank you!

I also want to thank the company that has allowed me to practice my art as a civil engineer, Nyeleti Consulting, and for affording me the opportunity and time to take on this task. I want to make special mention of Pine Pienaar who has been my mentor for the past 15 years and has encouraged me to volunteer my time to the industry. Thank you!

I have 3 siblings, who have immeasurably influenced my life. Two of them, Pavan and Prithi, unfortunately live in other parts of the world, but my eldest brother, Vishnu, is here to celebrate this occasion with me and SAICE and I am extremely grateful. I also thank my other family and friends who have travelled from far and wide to be here tonight.

As engineers, we pride ourselves in analytical expertise and decision making abilities and so on – the one great decision I have made in my life – is marrying Leshna, my wife. In our 15 years together, we have 3 incredible children – Devaan, Sodarsh and Kyra. I want to thank them for inspiring me to be a better person every day. I am delighted that my children are here to witness this event.

I am also thankful to my mum and dad who instilled in me two fundamental principles by which I have tried to lead my life – humility and respect. I have pursued humility and respect and to appreciate the experience of those upon whose shoulders I have stood.

My parents always said that the greatest inheritance they could give us was an education, and I thank them again for their sacrifices in this regard. It is this emphasis on education that has fuelled my focus on university engineering education for my presidential year for 2017 – but more about in a little while.
It is a pity that my mum is no longer with us but if she were here I am sure that she would approve of my contribution to academia as this was one of her passions. My dad is here tonight. He is the gentlemen with the incredible platinum hair.

In preparing for tonight I asked Leshna if I should put more fire in my speech. Her response was “No! You should put more of your speech into the fire!” You can be the judge, and if it is the desired length – all credit goes to my wife.

My involvement with SAICE spans a period of over 20 years at various levels. In this 20 year period, I served in different capacities – I started as a student member in 1995, in 2002 I joined the SAICE Transportation Division as secretary. In 2007 and 2008 I was Chairman of that Division. In 2010, I was elected by the SAICE Council to serve on the Executive Board.

Being closely involved in SAICE, I realised the fundamental need of giving more attention to youth, students, graduate engineering practitioners and higher education. This, forms the theme for my presidential year. SAICE is well-known and has been doing a fine job of exposing civil engineering to high school learners through the bridge building and water distribution competitions, for many years.

While we will not neglect basic education, my focus will be on our tertiary civil engineering education.
One of the strategic goals is to set up codes of best practice for civil engineering departments at universities and universities of technology. This goal was initiated at least 2 years ago – but the recent events in relation to #Feesmustfall and funding of university education, has demonstrated the relevance for our initiative.

I am astounded at the student protest action in relation to #Feesmustfall – when we were at university, the worst we ever did with matches, was light our cigarettes. In those days, petrol was a scarce resource – limited to the elite few who had cars – so making petrol bombs was definitely, out of the question!
Some background on how SAICE’s initiative differs from the ECSA process.

ECSA only has minimum requirements for universities and universities of technology and it is general for all disciplines of engineering. The accreditation is done in accordance with the Engineering Professions Act which makes provision for Professional Registration of qualifications from accredited institutions. SAICE’s process is geared towards fostering excellence at our institutions. Excellence is needed to ensure employment of local graduates and the longevity of our profession.

Let me give you some statistical background, because as engineers this is what we can relate to. In 2013 there were 92 000 enrolments for first-year engineering at the various major academic institutions. Higher Education Management Information, maintained by the Department of Higher Education, shows that approximately 2 400 students graduated with a civil engineering qualification in the same year. Of the various academic institutions from where these students graduated, a number had a 100% employment rate, and some had a 60% employment rate, but a substantial number of them simply did not track the employment of their graduates.
So, the question is – what are the successful institutions doing right, and how can we replicate this to elevate the standards at the various other institutions? The industry perception is clear – graduates from certain institutions are considered to be better qualified than their counterparts from other institutions. This perception also lends itself to an analysis of which institutions enjoy funding support from the private sector, which students are preferred for bursaries, and so on. A good education is not cheap. Irrespective of whether it is funded by government or the private sector, the ultimate cost is the same. So, if one considers fees must fall and the fact that government can only partially cover the shortfall, something must give and it is not hard to imagine that cost- cutting measures will result in poorer facilities, more students per lecturer, less qualified lecturers, shoddy laboratories, and so on.

This Code of Best Practice would give all institutions dealing with engineering education a guideline and a benchmark. SAICE hopes that such a code would assist the aspiration of maintaining and elevating world class engineering schools in South Africa.

We have tested the viability of the Code with our University HoDs of both the technical and academic universities and have received overwhelming support for the generation of the code – A Code of Best Practice for Civil Engineering Education at Tertiary Institutions.

We are of the opinion that SAICE, being the learned society and technical leadership institution for civil engineering with its 13 technical disciplines, is best positioned to set up this standard or code.
The document will also assist faculties of engineering to motivate for additional funding, and would give the less experienced academics a reference document from which to build their own profiles, and that of their departments and, over time, we are hoping that the Code would become a benchmark for the Department of Higher Education. In a spirit of active collaboration, SAICE, being the trusted partner of government in developing, constructing, operating and maintaining infrastructure necessary for a better life for all, invites government to partner with us in order to build competence at the various tertiary education levels.
We are hoping that the other institutions like the South African Institution of Electrical Engineering, Mechanical Engineering, and other sister institutions will also consider developing such standards for their own engineering disciplines.

The survey was sent to a representative sample of companies and public sector bodies. There were 320 respondents, of whom 83% were private individuals. The majority of the respondents were from the private sector, and some 12% from the public sector. The survey clearly indicated industry’s preferences when it comes to the employment of graduates.

The private sector is concerned about the quality of graduates; hence employers are becoming more selective about which institution they employ from. One may think that employers are biased towards their alma mater, but judging from the results, this is generally not the case. What is also interesting from the survey is that almost half the respondents contribute financially to some or other academic institution through bursaries, sponsorships of chairs, part-time lecturing, and investing in research of postgraduate studies. Of further interest is the fact that the employment preferences are fairly balanced as far as the traditional universities are concerned, but vary considerably for the various universities of technology.

In the next phase, which is currently underway, we are surveying our civil engineering departments at all academic institutions. The surveys enquire about key indicators. Elements that were investigated include the number of lecturers, number of students per lecturer (staff/student ratio), number of papers published by lecturers, facilities and so forth.

This information will then be compared to the industry survey to ascertain if there was a correlation between the industry perceptions and institutions’ success. One element that stands out from the initial assessments of the data is that the traditional universities have a lower staff/student ratio than the universities of technology. The world average in engineering schools is 1:14, in South Africa, in our UoTs the ratio is 1:58, and the academic universities is 1:42 (2015 figures). Almost 3 time the desired ratio.

Going forward, more in-depth engagements will be held with those tertiary institutions that seem to fare better, as well as with other international organisations. SAICE will then form a core team of leading academics, and hold workshops with the SAICE specialist technical divisions to formulate draft ideas for the Code of Best Practice. Part of the process will require engagement with independent service providers to assist with the process, but this would require funding, and we will knock on your doors to give of your time. We know that time is money.” So, if you cannot give of your time, we will accept your money as a trade.

Once the guideline document has been drafted, it will be circulated for comments to key stakeholders, and then finalised as a dynamic document to be issued to the various academic institutions. This initiative will be a one-step-at-a-time process. The monitoring procedures towards implementing these guidelines have not been formulated yet, but we will be engaging champions of industry together with our Deans and HoDs to establish these procedures.

The Code of Best Practice is one of many which SAICE hopes to develop in various fields, with the aim of continuing to help shape our industry.

My single commitment on a deliverable for 2017 is the Code of Best Practice for Civil Engineering Education in South African Tertiary Institutions.

About this I feel like Winston Churchill who said,

“Sometimes doing your best is not good enough. Sometimes, you must do what is required.”

And we at SAICE feel that this code of best practice is now required.
To conclude, I quote Martin Luther King Jr, who stated,

“The function of education is to teach one to think intensively and to think critically. Intelligence plus character – that is the goal of true education.”

I thank you for listening and I look forward to engaging with you in the year ahead and please feel free to thank, or criticise Leshna for the length of the speech. 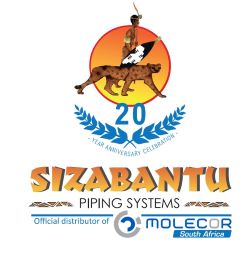