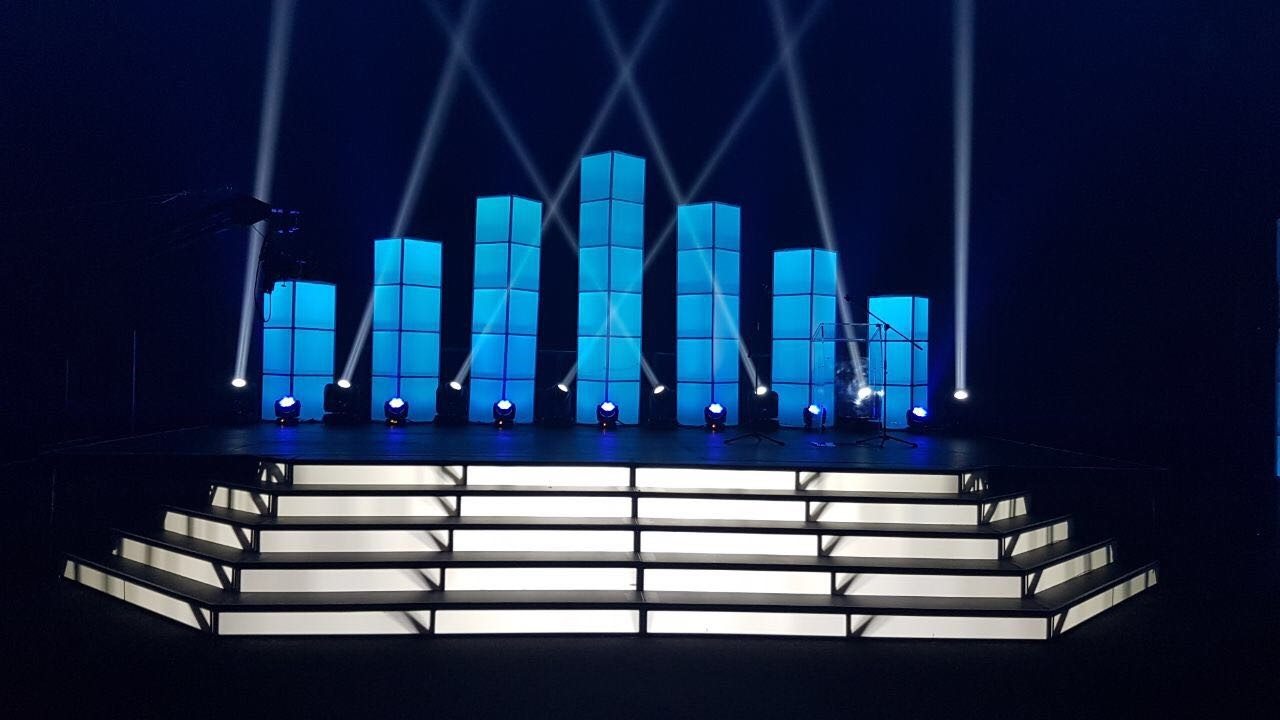 The prestigious annual SAICE Awards gala event for the Most Outstanding Civil Engineering Achievements for 2016/2017 was held at the Sibaya Casino and Entertainment Kingdom in Durban on 20 October 2017, attended by industry leaders and dignitaries from across South Africa.

SAICE received almost 60 project entries from across the country to compete for these illustrious awards. It included awards for international and technical excellence, as well as community-based projects. On top of that there were awards for the Engineer of the Year and other institutional awards, as well as awards for projects entered by the SAICE technical divisions. The photo competition, with civil engineering as the theme, attracted approximately 30 exceptional entries.

SAICE is proud to announce the winners in the following categories for 2016/2017:

The Most Outstanding Civil Engineering Project Achievements were:

The community of ePhatheni, located south of Richmond in KwaZulu-Natal, was desperately in need of a reliable source of potable water. The long-term aim of this project is to satisfy the potable water requirements for the ePhatheni area right up to 2031. Not only does this project provide potable water to thousands of people, it has also provided substantial career mentorship to five local civil engineering students in the attainment of their professional registration. Books and furniture have been donated to local schools and crèches, and first aid and health and safety training provided to teachers.

The uMgungundlovu District Municipality achieved more than just eradicating water losses experienced by aging pipes in the town of Hilton. Teaming up with Naidu Consulting and WK Construction, they could enhance the lives of the communities in the surrounding area through three simple steps: Opting for labour-intensive methods where possible over machine work, training of locals in new skills, and supporting local sub-contractors and suppliers. The final number of task-based jobs peaked at 550 from14 wards, which sent approximately

The civil engineering industry makes a huge contribution towards infrastructure creation and development with the resultant economic and social development in South Africa. Exceptional projects have again been entered and the adjudicators decided on a winner and three commendations:

The underpass has been designed to provide passage for both dedicated busways and ordinary traffic, to eliminate the need for a second route across the M25 at another location. The project is also of significant architectural value and substantially improves the aesthetic appearance of the surrounding environment. This project provides an important demonstration of how integral piers and abutments can be used to push traditional design limits and create bridge structures that are flexible enough to meet the demands of highly constrained road geometrics, without excessive expenditure. By carefully negotiating space and level constraints, the interchange provides an essential connection between a cluster of new Bridge City developments and a neighbouring industrial area, while threading an entirely new transport system through the city’s existing infrastructure.

The development is a high-end, single six-storey residence located on the steep slopes of Lion’s Head along Kloof Road in Clifton. The site is on the upper side of Kloof Road where the road runs in a north-south direction between the parallel Victoria Road to the west and Nettleton Road to the East. Structural and geotechnical challenges within the scope of this development have been far beyond those normally encountered for a residential property.

The project consisted of the construction of drainage, earthworks, a reinforced soil retaining structure and rock-fall protection on Main Road (MR) 577, which was developed as a link between residential areas to the north of the uMngeni River and economic opportunities to the south. The intricacy of the original design required expert engineering judgement, integrating the geometric requirements of a four-lane arterial road into complex and challenging terrain. The final section up the KwaDabeka Valley displays both the art and science of civil engineering and is easily seen and appreciated by anyone who travels the road. The MR 577 reduces the travel distance for commuters between KwaMashu and Pinetown by

12 kilometres and provides a vital regional additional crossing of the uMngeni River.

The contribution of this project to the protection of the environment is of historic significance. The project demonstrates how the engineering profession has responded to the challenging demands set by the scale and complexity of the acid mine drainage problem, and how timely completion of the second of two large AMD treatment works has arrested the rising AMD level in the Eastern mining basin and averted an environmental disaster.

International projects of excellence where South African engineers are involved

The Metolong Dam is located about 35 km from Maseru in a deeply incised gorge of the South Phuthiatsana River in the Kingdom of Lesotho. The project comprised the construction of an RCC gravity dam, along with a pump station downstream of the dam on the right bank. The Metolong Dam is functionally complete and is delivering water to Maseru and environs. It was an invaluable source of water during the drought experienced over the recent summer months.

This was a massive, consolidated, interactive project that involved the coordination of a large multidisciplinary team to undertake numerous time-sensitive and labour-intensive tasks. This project offered an opportunity to make a step change in the development of integrated solid waste management practices in the partner municipalities, and aimed to achieve effective waste management, proper climate change response and the development of a green economy.

The development is a high-end single residence located on the steep slopes along Kloof Road in Clifton. The site is on the upper side of Kloof Road where the road runs in a north-south direction between the parallel Victoria Road to the west and Nettleton Road to the East. Structural and geotechnical challenges within the scope of this development have been far beyond those normally encountered for a residential property.

BMK, being one of the first companies in Durban to initiate the Stormwater Asset Management Project, was the first company on the African continent to use PCSWMM for the scale of hydraulic modelling based on the catchment sizes. With the asset management project BMK aims to minimise costs, while extending asset life, reducing risk, and providing better service to the public. The core of sustainability is to minimise the use of consumables, reduce the use of natural resources and the impact on the environment, while engaging and improving the relationship between communities and the municipality.

This project required an extremely sensitive level of coordination on a daily basis across various rail authorities that employ onerous approval processes. The project plan had to be cognisant of these processes at the very outset, since any delay resulted in loss of revenue. The finished product is truly a functional yet attractive pedestrian bridge, which has been commended by all stakeholders. To date it remains free of vandalism, which is a key indicator of the communities’ acceptance and pride in the structure.

The pipe jacking project was phase two of a three-phased project aimed to accommodate current run-off stormwater volumes, as well as estimated extreme storm events. The aim of the project was to reduce the velocity of incoming stormwater run-off and convey this run-off in a safe, non-destructive way to discharge into the Amanzimyama Canal. This ensured no destruction and flooding within the low point of the catchment, situated at the Transnet Freight Rail Yard.

The assembly building at BMW Rosslyn is about 60 years old, and it consisted of a low saw-toothed profile roof supported by numerous closely-spaced columns. Nyeleti Consulting’s scope was to design the new roof without interfering with the operations of the assembly. Based on Nyeleti’s experience with incremental bridge launching, the concept of launching the roof horizontally into its final position, was developed. The result was a high-quality, innovative and aesthetic design that met the client’s requirements in a most satisfactory manner.

The Siphofaneni Bridge is a massive 375 m long bridge over the Usutfu River, which forms part of the 23 km St Phillips Road upgrade project in Swaziland. The bridge was designed according to the incremental launch method and the design team developed innovative features for this type of bridge, which made use of reinforced concrete, instead of the post-tensioned concentric cables during the construction stage. King Mswati III of Swaziland described this project as an example to Africa due to its state-of-the-art technology, First World standards and infrastructure innovations.

The contribution of this project to the protection of the environment is of historic significance. It is an outstanding example of the art and science of civil engineering. The project demonstrates how the engineering profession has responded to the challenging demands set by the scale and complexity of the acid mine drainage problem, and how timely completion of the second of two large AMD treatment works has arrested the rising AMD level in the Eastern mining basin, averting an environmental disaster.

SAICE Project Manager of the Year

Nyeleti Technologist of the Year Award

SAICE Young Technologist of the Year

SAICE Division of the Year

SAICE Branch of the Year

Most Supportive Advertiser of the Year

The winner of the 2016 Most Supportive Advertiser in the SAICE magazine, Civil Engineering, went to Civil Designer South Africa.

The award is made annually by SAICE as the Institution’s way of recognising the continued and loyal support of its magazine advertisers. The award is based on the figures of the previous financial year, and is made, not only on the strength of the amount of money spent by an advertiser, but also on factors like general cooperation, meeting of deadlines, and the timely settling of accounts. Without our advertisers our magazine would not be able to reach those civil engineering professionals and associates who depend on our magazine for vital information.

SAICE initiated the photo competition to celebrate the beauty of the industry and to show the world that civil engineering can be visually pleasing. The photo competition, sponsored by LAFARGE SA, captured the imagination of many engineers and would-be photographers.

Second – Past and Present

A touch of class

Afrisam sponsored the wine and SMEC the ‘Thank-you-gifts’, which made for a night of glamour and glory to projects and people deserving of the honour bestowed upon them!