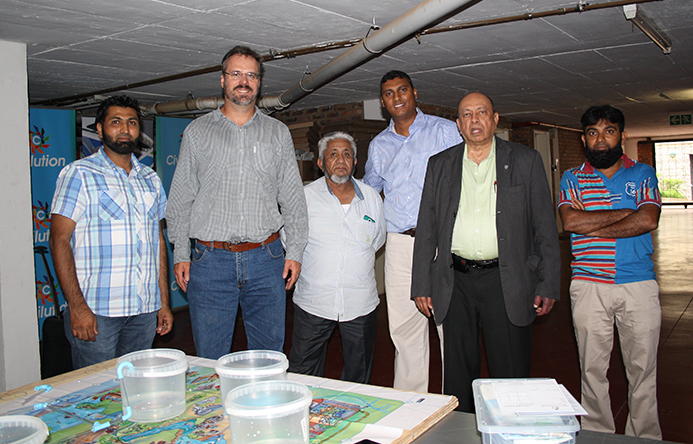 Professor Kobus van Zyl, SAICE’s Water Division former chairman and founder of Aqualibrium, presented the benefits of the competition to an American delegation who recently visited SAICE.  The delegation, headed by Jamal Nagamiah and his team are looking into expanding this innovative and educational initiative in the United States of America.

The aim of this competition is for teams to design a model water distribution network which can distribute three litres of water equally between three points on the grid using two different diameter pipes and connection pieces. The teams are then judged on how well they execute the task – working on a penalty points system. This competition exposes learners to the practical application of processes that influence their daily lives – how water gets to their homes. They are made aware of the intricacies involved in the design of water distribution networks and the actual water delivery to households.

This 13-year old competition has struck a chord with the Americans and Professor Van Zyl will be meeting with Nagamiah in the United States soon to discuss the implementation of this homegrown competition.  This proves once again that local is really lekker.