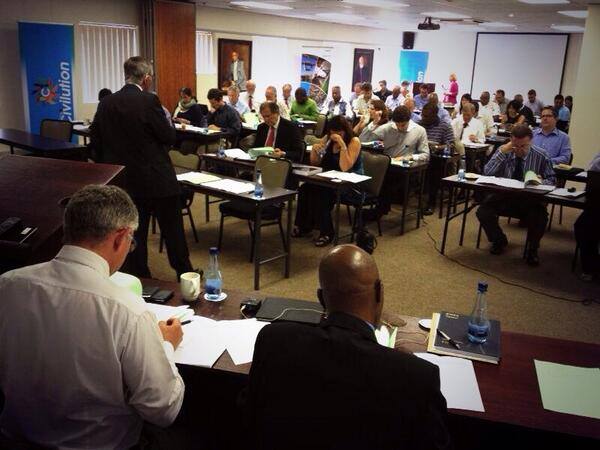 The second SAICE Council meeting of 2014 took place on 15 April 2014 at the SAICE National Office, Midrand. Still hinged on the success of the first interaction in January council members once again engaged in discussion and debate, chaired by the SAICE President Stanford Mkhacane.

Issues on the agenda included amendments of the SAICE constitution, financial status as well as membership. Also on the agenda was the nomination and election of new office bearers and President-elect. Attending her first council meeting Madalene Engelbrecht of the Transportation Division expressed her general satisfaction with the flow of events. Stanford commended the readiness and urgency with which council tackled pressing issues facing the organisation such as transformation. He cited the approval of SAICE’s financial statements and the appointment of legal advisors and auditors as a pleasing outcome.

Overall the meeting was deemed a success and one which had succeeded in setting the organisation on the correct path.