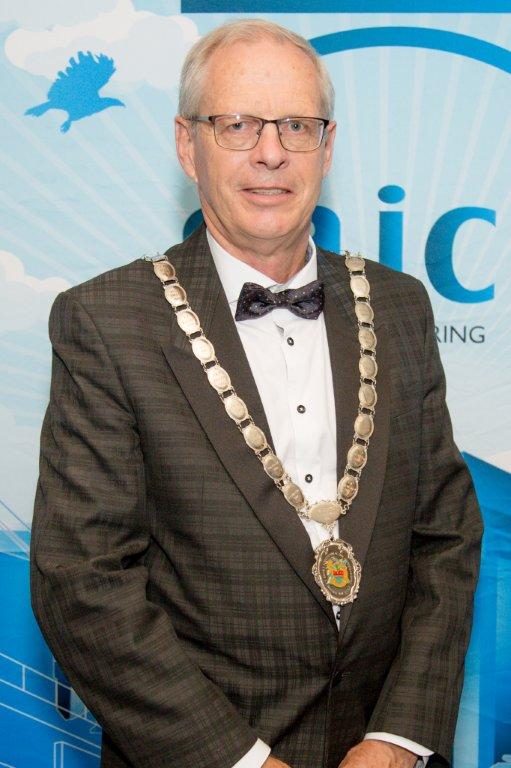 The South African Institution of Civil Engineering (SAICE) inaugurated the 115th president since its inception in 1903. This honour was bestowed on Errol Kerst at La Toscana in Montecasino, Fourways, on 16 November 2017.

Kerst is the owner of EK & Associates in Mbombela, Mpumalanga. His address was deilivered during a festive event with various champions of the infrastructure industry, government officials, engineering clients from both the private and public sectors, as well as SAICE past presidents and other members, attending. The title of his address was “The 360 Degree Jigsaw Puzzle”.

He studied under some of the truly great professors such as Jere Jennings, Alan Ockleston, Des Midgley and Ivan Schwarts, and regarded that as a true privilege. Kerst enthuses that at a similar event in 1930 Mr TWW Perry made the following comments in his presidential address:

Kerst also quoted from Dr Daniel Adamson, who was the President of Institution of Mechanical Engineers in 1929, “The engineer is often blamed for not taking greater interest in public affairs to his own advantage and the public benefit; but one of our difficulties no doubt is that the technical developments that interest us are so much in advance of public knowledge that the public cannot understand us or our words, and we are too interested to stop and explain ourselves.” Kerst commented that many of the quotes from 1930, 1950 and 1980 all have a similar feel to the challenges SAICE is facing in 2017!

The SAICE Strategic Plan of 2010 (updated in 2014) has several pillars, with one of the very important pillars being SUSTAINABILTY, which includes such as the following:

In conclusion Kerst paraphrased the late President John F Kennedy, when he said: The new frontier of which I speak is not a set of promises; it is a set of challenges. It sums up not what I intend to offer the SAICE membership during my year in office, but what I intend to ask of the members.

This in summary requires that the organisational structure of SAICE be changed to effect getting closer to the membership to be able to guide or mentor members from learner/student and graduate levels, which could lead to registration or certification of some form.

He concluded by saying, “In this short speech I attempted to put together the basic pieces of the 360 degree jigsaw puzzle that SAICE must become and to share my vision for the years ahead.”