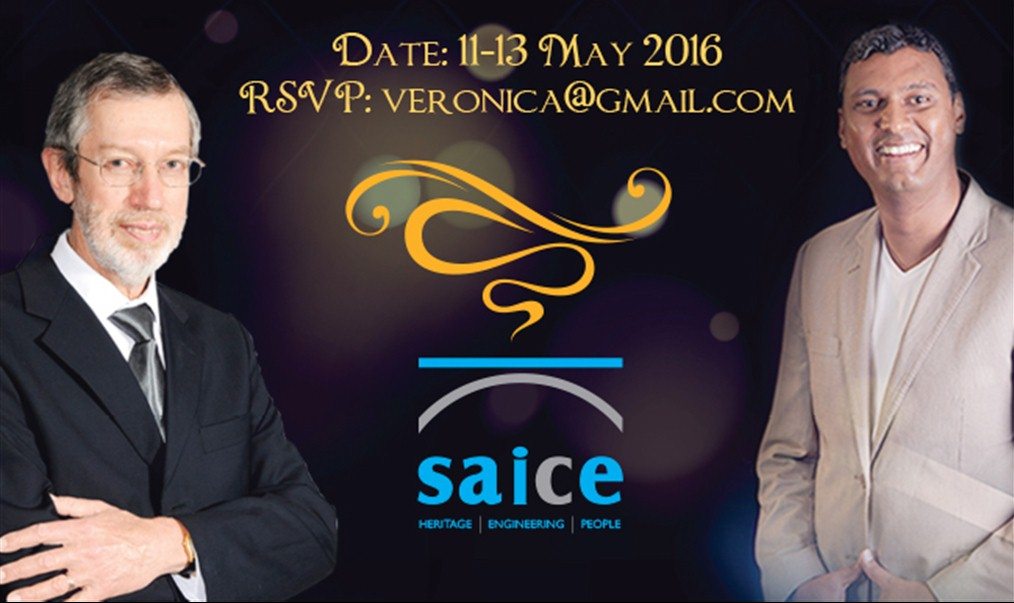 John has been a member of SAICE for over 20 years and has over 35 years of experience in the industry. With retirement looming he’s grateful and honoured to have served as an engineer.

John vividly remembers when his then company basically forced him to join SAICE as a prerequisite of being an employee at the company. He also remembers all the expectations that came with joining this institution that was introduced to him as “the voice of the engineering professional”. To be honest, he still did not see any need to belong to any voluntary organisation for a long time many years after he was a member. In fact it was not until he began mentoring and listening to his mentees echo the same sentiments he had held as young engineer himself – that he began to see things a little differently.

Contemplating the many issues facing industry at the moment, he remembers thinking how many young and even older professionals view organisations such as SAICE as a waste of time. What will it achieve? They often ask. But lately he’s been more concerned with the future of engineering, and he now asks himself, “If no one thinks any substantive change can come about, then what will be of the profession and industry?”  Call it wisdom that comes with old age, but John has recently become the biggest advocate of SAICE. His reasoning? John now firmly believes that the problem is not that the there aren’t enough passionate people trying to resolve problems in industry – but more so the problem that lies with those people who doubt the role and efforts of these institutions. Those who have not connected the dots to understand that a “movement not connected to wheels doesn’t move”. It is time that they understood that they are the missing wheels. Progress is only made by implementing ideas.  Ever since coming to this realisation, John has become obsessed with becoming one of the many wheels that help move the industry in the direction he believes it is supposed to be headed. So how has his new found belief turned John into a “wheel” – well for starters, he won’t allow any of his mentees to repeat any of his mistakes and insists that all his mentees join SAICE.

Achieving any real change requires organisations who are capable of old-fashioned and permanent political work that can leverage passionate views into political change and policy reforms. SAICE has key roles to play in these areas of advocacy. In his inaugural address, SAICE President, Chris Herold alluded to an understanding of this role saying “I have no illusions about the size of the bites that I am trying to take. I expect the haul to be a long one that is likely to extend well beyond my presidential year. But I also know that our engineering fraternity is packed with talent and energy, and is a force to be reckoned with – … we can do it together.”

Join the presidential delegation as they visit Cape Town between 12 -15 May 2016 and listen in on how you can become a wheel in the movement for industry change.