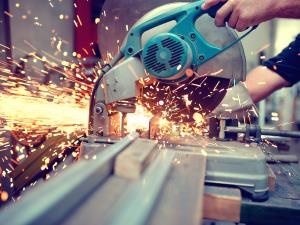 Although the latest statistics released by Statistics SA indicated that jobs in the civil and construction industry were maintained, the South African Institution of Civil Engineering (SAICE) is concerned about the overall loss of 15 000 jobs in the first quarter of 2016.

The FNB/BER Civil Confidence Index gained 13 points to level the 41 of the fourth quarter of 2015. Nonetheless, the index shows that 60% of respondents are dissatisfied with prevailing business conditions. Statistics SA showed that the real growth in construction works slowed down to 6,1% year-on-year in the first quarter from 6,6% in 2015’s fourth quarter, Despite a slight increase in construction activity, profitability came under the spotlight amid renewed pressure and intensifying tender price competition.

The civil engineering and construction industry is capable of creating a large number of jobs within a relatively short period of time, and that when the country is shedding thousands of jobs, including skilled civil engineering practitioners, quarterly. SAICE implores government to consider the following: If one engineer is employed, the ripple effect entails about 150 people working from inception of a project through to operation and maintenance of a structure. Manglin Pillay, CEO of SAICE, states this fact, “Effective utilisation of scarce skills has proven to set countries on a winning pathway, as evidenced in Singapore, China and Japan.” Furthermore, Allyson Lawless’ research (2005) showed, “… a nation’s socio-economic development and quality of life of its citizens depend heavily on the supply, efficient operation and maintenance of civil engineering infrastructure.”

Many South African civil engineering and construction companies had to retrench large numbers of young and experienced civil engineering practitioners as a result of an insufficient number of projects available. Thus, unemployment of a contingent of the second scarcest skill, according to government’s priority scarce skills list, is rife. Perhaps the time has come for government to start a programme for re-employing jobless civil engineering human capital in areas where there exist a dire need for these skills, i.e. at local, provincial and national government level. This could expedite the realisation of some of the National Development Plan’s objectives, such as providing appropriate sanitation, potable water, roads, etc. in urban and rural communities.

It is worrying that government’s spending of the R870 billion budgeted for infrastructure roll-out over a number of years, focuses primarily on projects not related to social infrastructure, where delivery of services will be the essence. If this could be the focus, it would contribute towards a decrease in protest action across the country.

A SAICE survey among a substantial member group indicated that almost 50% of respondents were willing to work in the public sector. This is an opportunity that the South African government cannot afford to miss! Employ technical people in the right places – therein, says Pillay “exists an opportunity to address transformation imperatives required to eradicate all forms of discrimination and obstacles against equal opportunity in the civil engineering sector.”

The Civil engineering and construction industry provides the third most jobs after agriculture and mining in South Africa (Watermeyer, 2012). The overall crisis is such that decisive state intervention in these strategic sectors with job-intensive capacity, is of the essence. John F Kennedy quoted a transport engineer saying, “Wealth does not create infrastructure, infrastructure creates wealth!” This is a good time to apply this principle.

As in the past, SAICE reiterates its offer of assistance to all tiers of government to address issues where SAICE has the expertise ‘on tap’.
Issued on behalf of the South African Institution of Civil Engineering (SAICE)