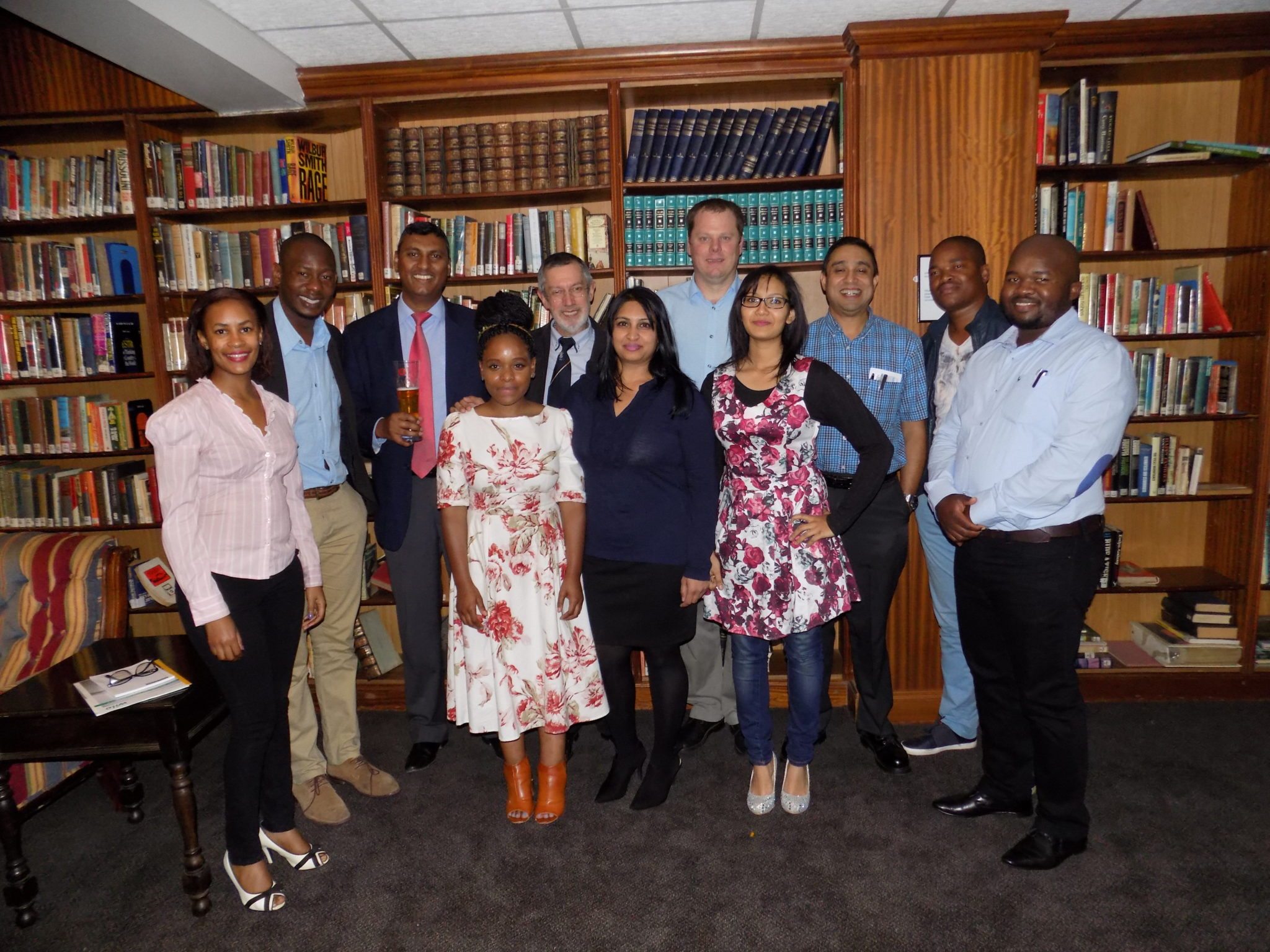 Some of the most pressing issues that were uncovered during interactions, include amongst some, procurement policy issues and strained relationships between industry and local government.  SAICE reiterated its commitment to lobbying for a better and more conducive environment for professionals in the built environment.

The delegation also spent some time at the Durban University of Technology, PMB Campus where they were accompanied on a site tour of the new facilities that were being built on campus. The President and CEO also had the opportunity to interact with the Department of Civil Engineering H.o.D , Mr Tom McKune. They also also addressed final year students on the importance of preparedness and career pathing.

Breaking from meetings, the delegation also took the time to visit Krishna Singh , one of the branch’s committee members who was unable to be partake in the activities of the visit, as a result of being admitted into hospital. The delegation wished him a speedy recovery.

Members of the branch also hosted a cocktail event, where President Chris Herold had the opportunity to address and interact with members on their most pressing issues and report on his year in presidential office.

The branch visit was a success and the delegation were re-invigorated by the active participation and commitment of the local members’  to being a visible arm of SAICE’s efforts in the region.