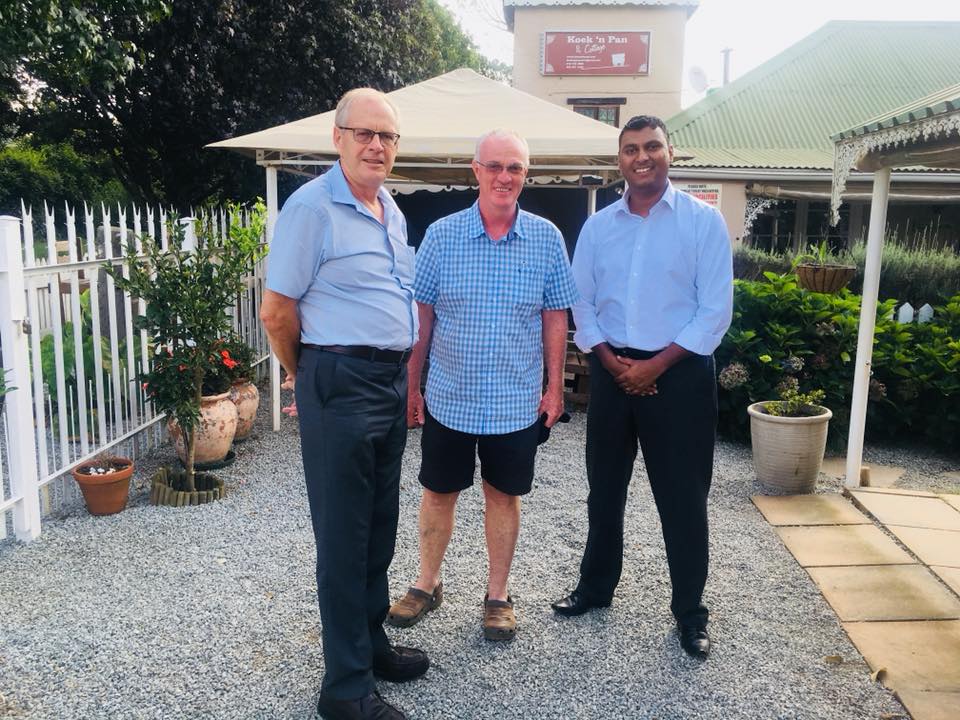 The SAICE delegation led by 2018 President Errol Kerst and CEO Manglin Pillay embarked on their third of some 23 branch visits scheduled for this year. The visit to the President’s hometown took place from 15 -16 March 2018.  Branch visits are an opportunity for SAICE’s top brass to interact and engage with regional constituencies regarding plans the institution has for its members as well as to touch base with concerns they might have. During the visit, the delegation made a point to meet with various stakeholders who represent the length and breadth of industry, including companies, universities and government departments.

Day one of the Lowveld region was spent meeting with the executive committee of the branch that comprises of Lornel Venter, Nico Swanepoel and Shrini Shrinivasan. They also made a visit to the University of Mpumalanga where they met with Infrastructure Project Manager, Francis Biyase to discuss the possibility of setting up a Built Environment Faculty at the university in the near future as well as the ways in which SAICE could offer support particularly for establishing the regions first ever Civil Engineering Department. In the evening, Errol Kerst and Manglin Pillay addressed local members at a special event held at Bingelela Guest House.

Day two of the visit saw the delegation attend a special breakfast with the City of Mbombela’s Municipal Manager, Neil Diamond who spent the morning updating local business members on the plans he has for the city pertaining to spatial transformation, economic sector development as well as agriculture and commercial development.  They also made a stop at the Provincial Government Legislative Offices where they engaged key personnel within the Department of Human Settlements and Public Works respectively. Discussions in both these meetings focused on the ways in which SAICE could assist by alleviating professional capacity issues they were facing. A meeting with Advocate John Boshoff at the Inkomati- Usuthu Catchement Management Agency was the last stop of the visit. Here the delegation discussed the ways in which the institution could offer technical support to assist the agency to further their mandate of effective management of water resources.