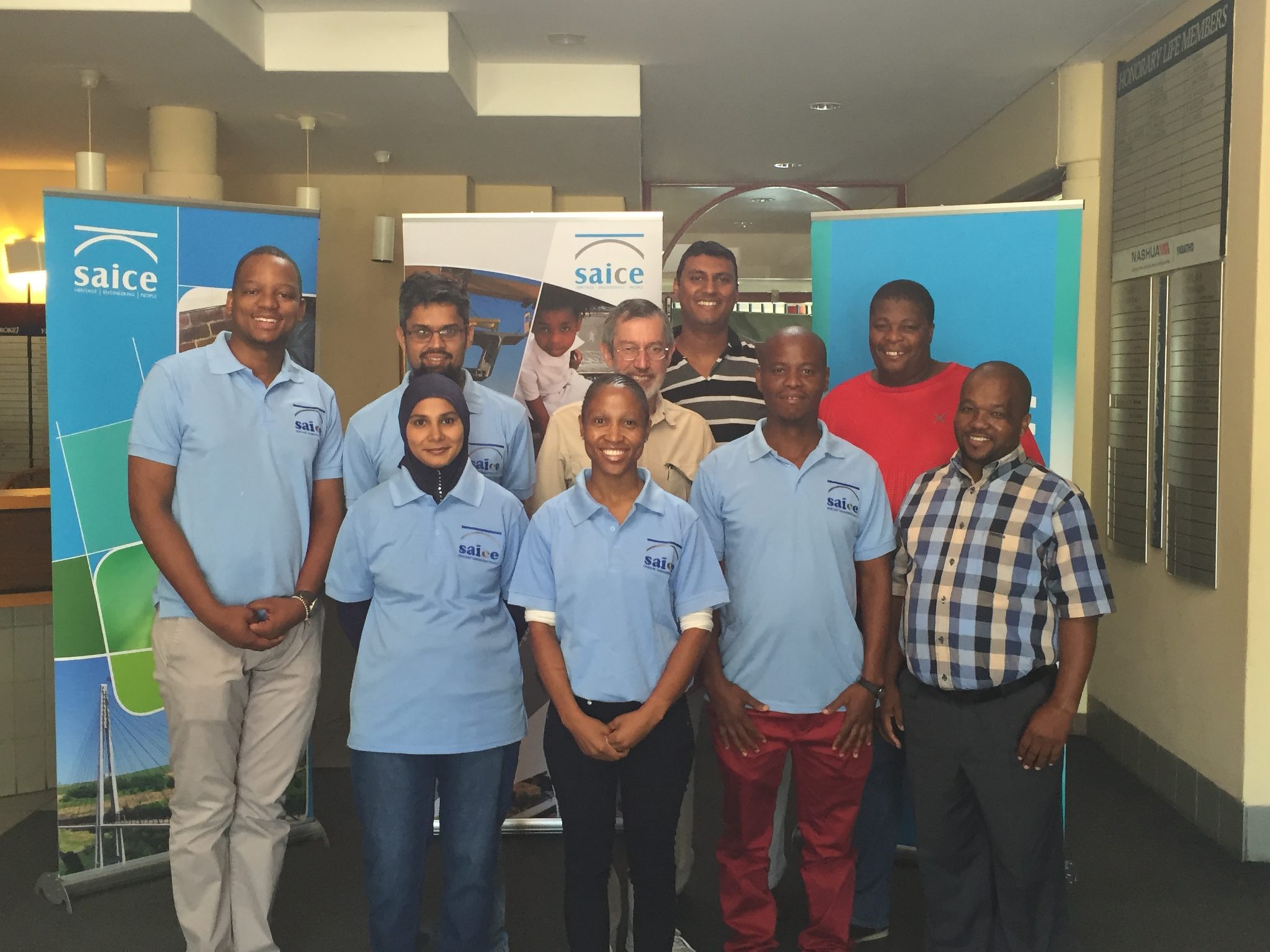 SAICE President Dr Chris Herold and CEO Manglin Pillay visited the North West on 21 April. The visit began with a meeting with current committee members at the offices of Bigen Africa. A brief meeting took place with Oxford Modise (SAICE NW chair), Kabelo Tlhagale (SAICE NW vice chair), Abdul Samed Kader and Nadia Kader in which the SAICE members from National Office were briefed on the status of the North West branch.

This meeting was followed by a much lengthier meeting at the Department of Treasury. Mr Mthetho Daantjie (co-ordinator: Infrastructure) welcomed the SAICE delegation and much was discussed on the way forward to help government professionalise its staff members. More meetings will be held with Mr Daantjie to finalise the role that SAICE will play.

The 22nd April began with an early morning Annual General Meeting of SAICE NW branch. A clear consensus was that SAICE committee needs members that are committed to adding value.

The SAICE / CESA North West branch annual golf day then began with a shotgun start at 10h00. This year 8 teams participated in the four ball American scramble. The following companies showed support to the day:

After a long day of play, Selenane Team 1 emerged as winners. The Presidential branch visit ended with a relaxing prize giving dinner.