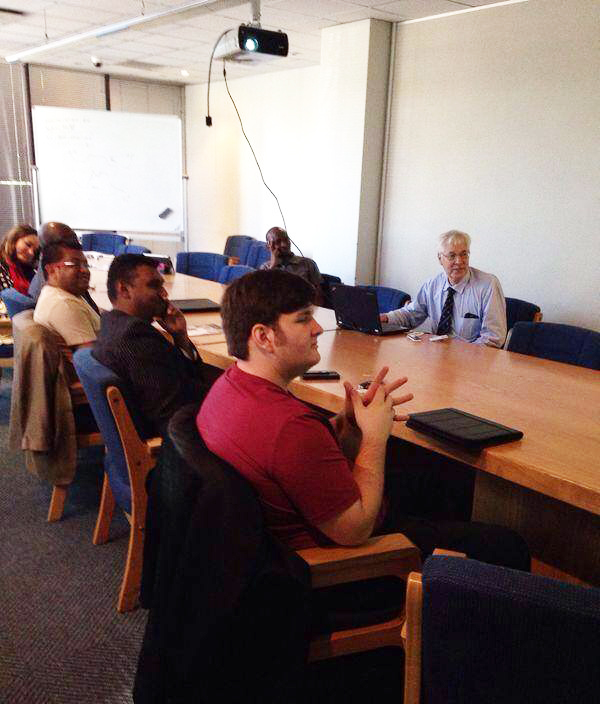 SAICE met with Frank Stevens CEO of the Institute of Municipal Engineers of Southern Africa (IMESA) during its Durban leg of the presidential visits.  IMESA, which looks after the individual interests of municipal engineers’, forms part of SAICE’s extensive network of Voluntary Associations dedicated to upholding the principles of the engineering fraternity and protecting the interests of its professionals. The purpose of the interaction was to strengthen and sustain the relationship between the two organisations and pave the way for mutually beneficial collaborations in the future.

Interactions between IMESA and SAICE indicated that, in spite of the difficult conditions faced by the engineering fraternity in the public sector, professionals in the sector still had a good story to tell. Mr Stevens touched on a number of projects, which IMESA was a part of, one being the Spring Grove Dam project, which is currently in its planning phase and is expected to be larger than the Midmar Dam.  He further mentioned how IMESA was directly involved in various other water and sanitation projects being rolled out by the EThekwini municipality, in which they acted as advisors, offering expert engineering knowledge and opinion. “IMESA is committed to professionalising the engineering fraternity and increasing the technical expertise of municipalities in the Southern African region and therefore encourages the professional registration of its members”, said Mr Stevens. Attracting graduate engineers into the municipal sector is another of IMESA’s goals moving forward.