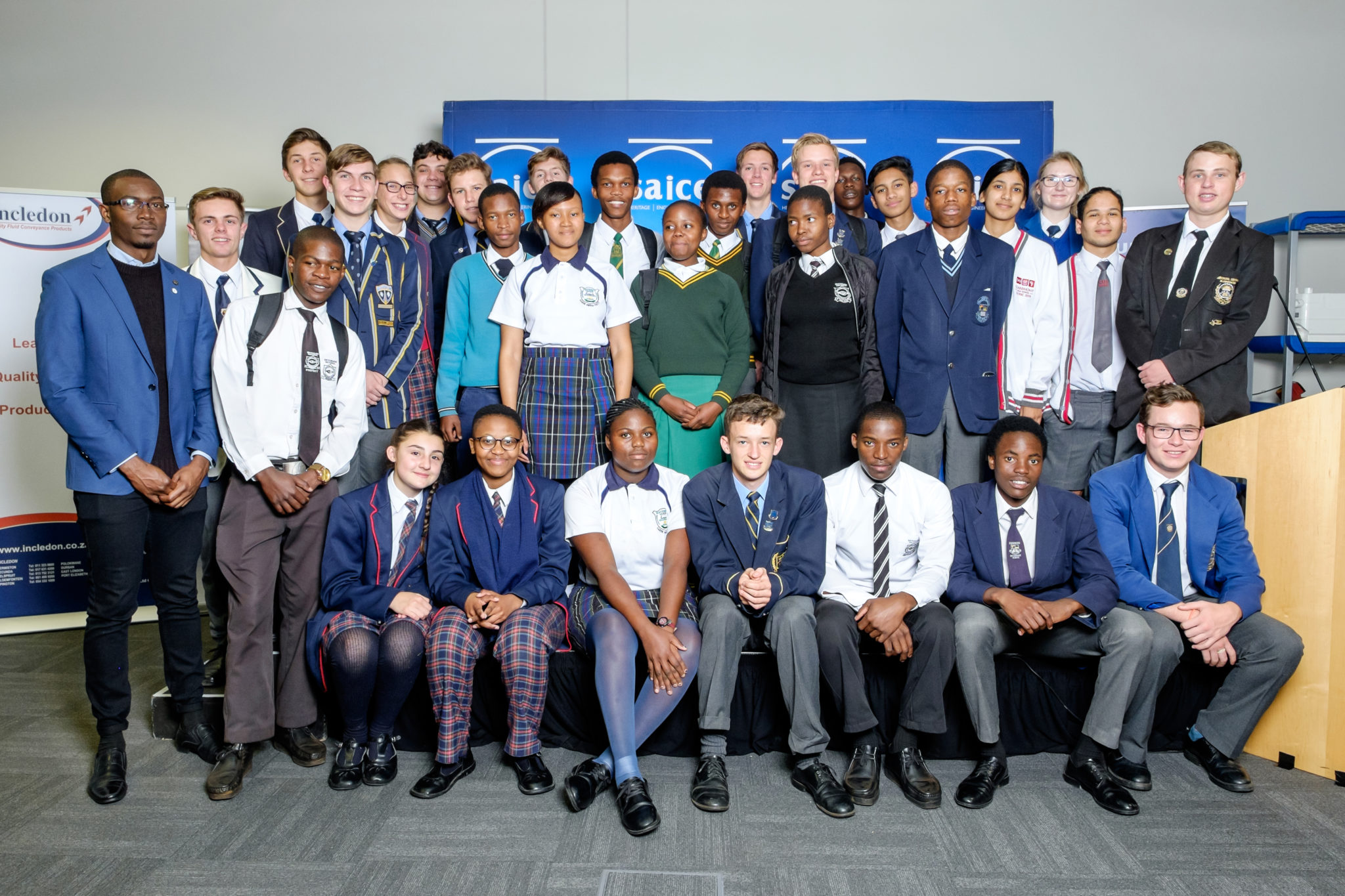 The competition saw regional winners from across South Africa and Eswatini battle it out by designing, building and operating water distribution networks. The teams were tasked to design a model water distribution network to distribute three litres of water equally between three points on the grid using two different diameter pipes and connection pieces. Thereafter, they were judged on how well they execute the task – working on a penalty point system. The teams had a period of approximately an hour and a half in which to plan, design, build and operate their water networks.

This competition exposed learners to the practical application of processes that influence their daily lives, which is how water gets to their homes. They are made aware of the intricacies involved in the design of water distribution networks and the actual water delivery to households.

The grid used for the water distribution network is on a background that depicts the entire water cycle with all the major impacts affecting this scarce resource. In addition, the competition creates awareness regarding the issues surrounding water in South Africa. It spreads the message that water is a precious commodity, which should be recycled, re-used and respected. Through this annual competition SAICE takes the responsibility of spreading the news that water should be used wisely, that infrastructure should be maintained and that new infrastructure should be developed to provide potable water to all in South Africa.

Following an elaborate tour of Grundfos’ sustainable intelligence hub and deliberation, teams congregated for the prize giving ceremony. In third place featured the team from St. Charles College Pietermaritzburg, who included Johan Rautenbach, Boaz Hansen and Caleb Reynard. Following close behind were Pieter Oosthuizen, Francois Roberts, Marthinus Nagel from Hoërskool Grens. For the first time in the competition’s history and placed in first place, were the learners; Sanele Shangase, Sibanisezwe Sangweni and Thembeka Ndlovu from the Inanda Newtown Comprehensive High School – a win these students will never forget.

Many of the teams were flown to Johannesburg and accommodated in a good hotel, an experience that these young students and their educators will cherish forever. For most, this is a first encounter with the ‘big city’.

SAICE would like to extend its thanks to its collaborating sponsors Rand Water, Grundfos, Incledon, Sizabantu, Penetron as well as the SAICE Water Engineering division for the grand success of this event.