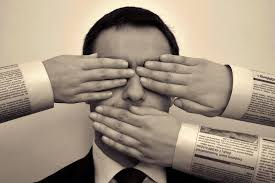 The South African Institution of Civil Engineering (SAICE) states categorically that the Constitution should be defended against those who, purportedly for the good of the nation, attack citizens’ right to know and see what is happening in South Africa, and globally.

SAICE expresses its utter dismay over what has occurred at the SABC and supports the journalists who have stood their ground against the blatant tampering with the Constitution, which includes media freedom, a freedom to report ethically, truthfully and without bias.

There is one thing that is a certainty in South Africa – never a dull moment! South Africa averted economic downgrade. And then something quite unexpected happened! On the announcement of the ANC metro mayoral candidates, protests erupted in Tshwane and surrounds – all because a ‘foreigner’ from KwaZulu-Natal was brought in to ‘mayor’ over local ethnic groupings. While all this was happening, SABC viewers only heard about this but were oblivious to the extent of destruction caused by burning buses and other vehicles, looting and killing of people – all for the good of the nation, according to the SABC COO, Hlaudi Motsoeneng, who has forbidden journalists to take any footage of these protests or report on the Right2Know campaign against the SABC. Those journalists who even questioned the decision were summarily suspended.

If we, as ordinary citizens and institutions, allow this to happen on our watch without defending the Constitution in which freedom of speech is ensconced, we will see the Bill of Rights, the Broadcasting Act and the Access to Information Act of 2000, corroded without consultation and at the whim of those who oppose these.

What has happened at the SABC over the past few weeks can only be described as shocking. A few weeks ago the COO has seemingly, without notice or consultation, announced that SABC radio stations would have to play 90% local music. Allegedly rival editors and journalists were blacklisted. Last week images of violence during protests were banned, and reportedly even negative news on President Zuma was to be disregarded.

What started out with radio stations being forced to play almost exclusively South African music, whether the listeners wanted it or not, has soon escalated to the visual where the viewers would not be able to see what they are entitled to watch. Perhaps the next step will be to prohibit people to go where they want to?

If we don’t make a stand, the ancient sage Hillel asked, “If not now, when?” – when it is too late?

Any person, company or institution relying on free flow of information from reputable sources will find it almost impossible to function if a group of people, or even one individual, puts a spanner in the wheels by changing an inherent right unilaterally to suit selfish or political goals. This is happening at the SABC right here, right now!