As a developing nation, South Africa’s engagement in the global economy is either advanced or constrained by the state of its infrastructural capabilities. The first ever Infrastructure Report Card (IRC) for South Africa was released in 2006 by the South African Institution of Civil Engineering (SAICE), which reported on the condition of infrastructure in South Africa at the time. This was followed by an updated IRC in 2011, which also covered notable developments and projects centred on the 2010 FIFA Soccer World Cup.

The South African Institution of Civil Engineering (SAICE) is a voluntary association of civil engineering professionals and practitioners, and carries no commercial vested interest. As such, the Institution is positioned uniquely to prepare IRCs, drawing on the experience of its diverse network of practitioners across a number of sectors. According to past SAICE President (2006), Sam Amod PrEng, “Report cards that attempt to rate the condition of infrastructure, or comment on the trends in their condition, have been published in the developed world since the late 1990s. They are now gaining traction in the developing world, starting with South Africa in 2006.”

This year, on 26 September, SAICE will publish and launch its third IRC, which will provide an overall grade for the country’s infrastructure. The report will cover 11 sectors, including roads and rail, water supply, electricity, schools and universities, sanitation and waste management, and health facilities. These sectors are subdivided into 29 sub-sectors, each being given a grade and a brief description of the infrastructure involved – all in a way that will be accessible to the public.

There is a clear link between well-maintained public infrastructure and the social and economic health of any country. In light of this, infrastructure is regarded as a public asset and its condition should be of interest to all members of the public. South Africa has achieved remarkable strides in the past twenty years. It has provided infrastructural services to millions of citizens at a pace unrivalled in its history, and Government deserves recognition for this. However, maintenance of current infrastructure and development of new infrastructure require regular monitoring to ensure continued growth, hence the importance of well-researched IRCs which are released periodically. The soon to be released 2017 SAICE IRC is therefore of utmost importance.

The biggest advantage for Government in utilising the IRC is its reliability measure, given that the IRC is produced and validated by individuals who are infrastructure professionals. Sundran Naicker PrEng, SAICE’s reigning President, emphasises that the IRC is a mechanism which can be used to engage with Government. Manglin Pillay, CEO of SAICE, agrees: “If you do not measure something, it is very difficult to assess how you can improve on it, or even deliver it. Furthermore, I believe we are one of the few institutions, if not the only one, that carries out this particular measuring of infrastructure. In essence, we are helping Government assess itself in terms of how it is delivering infrastructure, and more importantly, on how to improve the operations of infrastructure, using the IRC as a measuring tool.”

The challenges posed in the IRCs are no less acute because they are chronic, but they can be overcome, given the same dedication and ingenuity applied to the challenges posed by the 2010 FIFA World Cup. “It is SAICE’S intention that the current and future IRCs will evoke discussions that provide impetus for the required leadership, and action for a better sustainable lifestyle for all South African citizens,” concludes Malcom Pautz PrEng, also a past SAICE President (2015).

If applied as intended, the 2017 SAICE IRC could serve as a monitoring tool in terms of Section 4(c) of the Infrastructure Development Act 2014, evaluating existing infrastructure with a view to improving planning, procurement, construction, operations and maintenance. Infrastructure, once created, is unrelenting in its demand for maintenance, and this demand increases the longer it is ignored, potentially jeopardising the wellbeing of society. The release of the 2017 SAICE Infrastructure Report Card is therefore awaited eagerly. 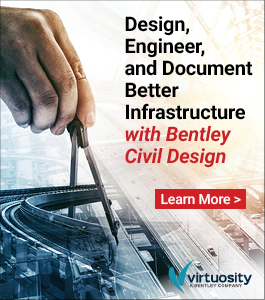