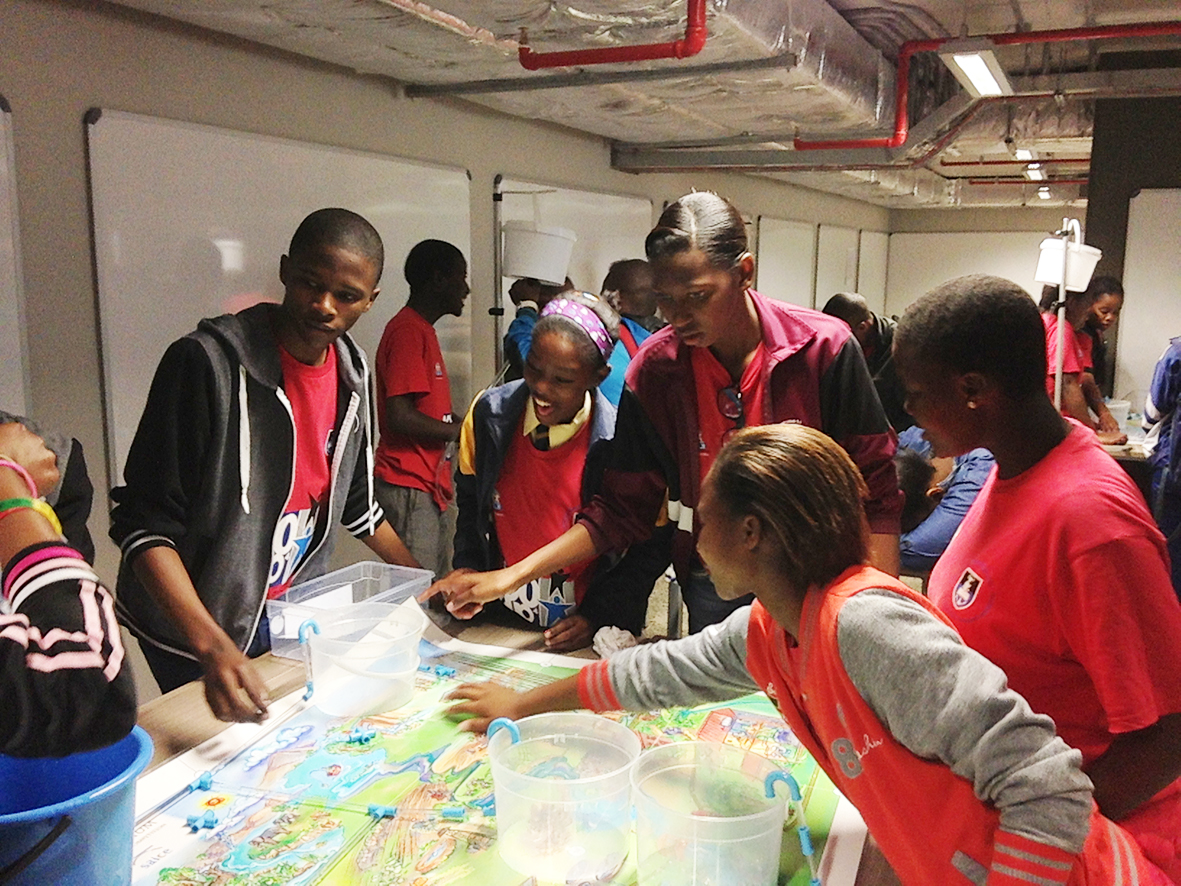 The University of Cape Town Civil Engineering Department along with the SAICE UCT Student Chapter are proud to have hosted the local and regional stages of the 11th annual SAICE Aqualibrium competition. Both rounds were held in the teaching laboratory of the recently developed UCT New Engineering Building.

On Saturday 3 May, the 100 Grade 10 students enrolled in the UCT 100UP programme participating in a local round of the Aqualibrium competition were welcomed. 100UP is a schools improvement initiative run by the Higher Education Department of UCT which “aims to address the problem of under-representation by targeting school learners from disadvantaged backgrounds and coaching them towards access to university.” These learners were invited by the SAICE UCT Student Chapter to partake and expose them to the career of Civil Engineering as well as enlighten them on the importance of civil services in society and how it impacts their daily lives.

After the competition rules, restrictions and insight to the theoretical concepts were explained, the learners were given time to play around with the equipment and build their pipe network system.  The aim to equally distribute the volume of water from its source between the reservoirs within the grid using pipes of two different diameters was thought to be impossible after their first few attempts. Nervous during the judging process, the learners all hoped to have their system run successfully as they had planned, however, only the two leading teams could progress to the regional stage.

Saturday 10 May saw the arrival of 19 teams of learners from various schools taking part in the Western Cape regional final; the top two teams arisen are set to participate in the national stage of the competition. Generously sponsored and managed by the SAICE Western Cape regional office, fun was had by all during this stage too – through the leaks and spillages.

UCT SAICE Student Chapter members assisted with the competition setup, offered guidance to the learners and ensured they were well fed. In addition, tours of the new UCT engineering facilities were presented and some of the Masters students’ research explained.

Both events ran successfully due to the preparation and guidance of Prof. Kobus van Zyl, the competition initiator, and his team who provided the necessary equipment.

One of the main aims of Aqualibrium is to offer learners an enjoyable engineering experience, which was achieved; in addition, motivation for learners to follow the career of Civil Engineering was shared. The necessity of careful planning and accuracy emerged during the competition as well as the importance of water supply and protecting our water resources.

This event was made possible by Prof. Kobus van Zyl from UCT; the SAICE Western Cape committee members Geoff Du Toit and Andrew Clothier as well as UCT SAICE Student Chapter Chairman Byron Mawer – to them, we extend a sincere thank you.