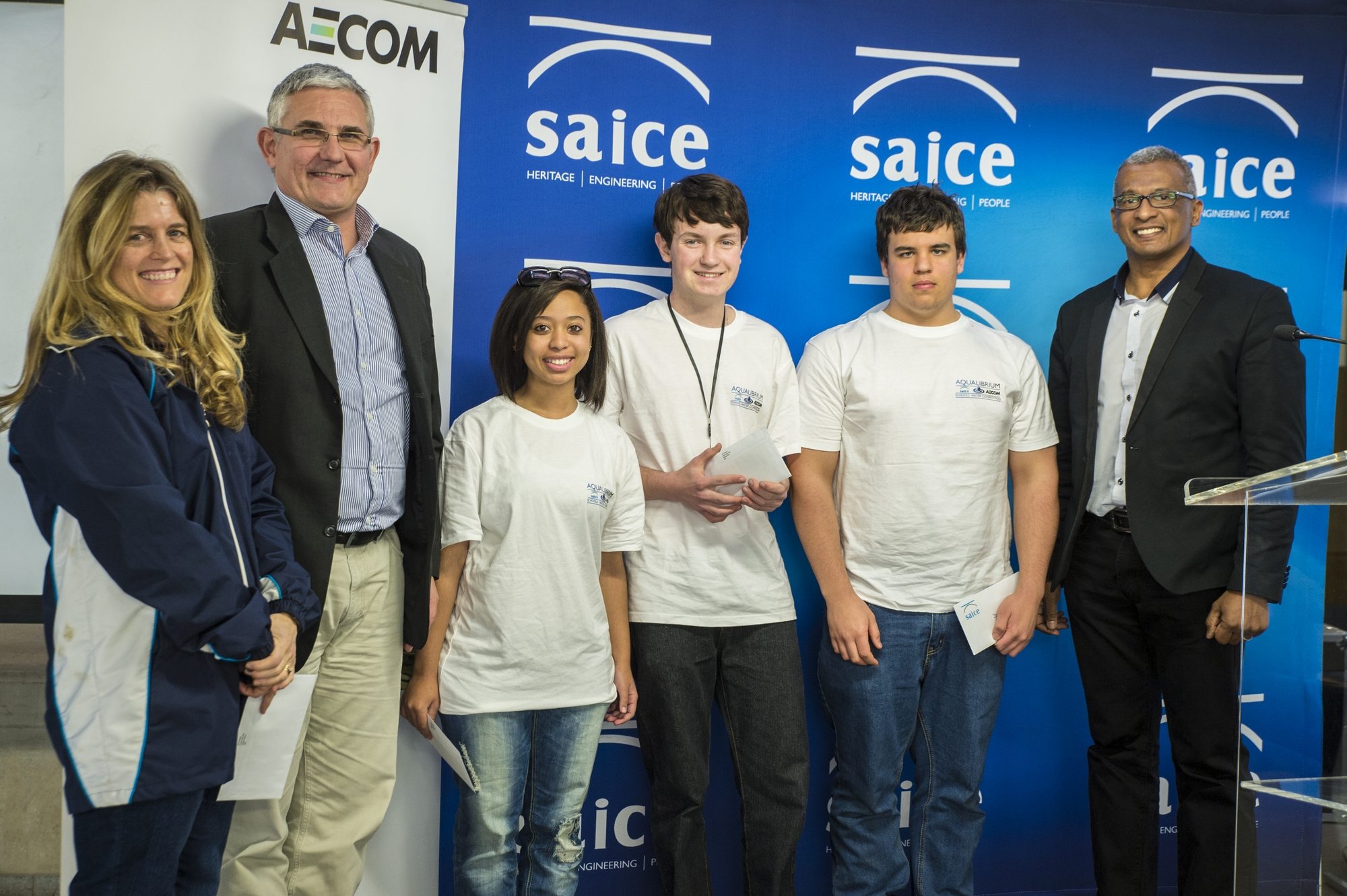 SAICE in conjunction with AECOM hosted the International AQUALIBRIUM Schools Water Competition Finals on 31 July 2015 at the Sci-Bono Discovery Centre, Johannesburg.  The competition which has grown substantially over the years was attended by over a hundred learners representing regions across the country and neighbouring Swaziland.

A flagship initiative, AQUALIBRIUM was initiated in 2003 with the aim of increasing the awareness of the important role engineering and engineers play in the social landscape. Another aim of the competition is to encourage an interest in Mathematics and Science education, subjects that are the key to pursuing a career in top priority scarce skills governments list, i.e. civil and other related engineering and water disciplines.

As part of the competition, learners are tasked with designing a water model water distribution network to distribute three litres of water equally between three points using two different diameter pipes and connection pieces. Learners are then judged on how well they execute the task –working on a penalty points system. As such, learners are exposed to the practical application processes that influence their daily lives, the actual delivery of water to households as well as the intricacies involved in the design of water distribution networks. In addition to this, the competition creates awareness regarding issues surrounding water in the country, spreading the message of water being a precious commodity that should be recycled, re-used, respected and conserved.

Though competition was tough, the schools excelled. The results were as follows:

Congratulations to all the winners!