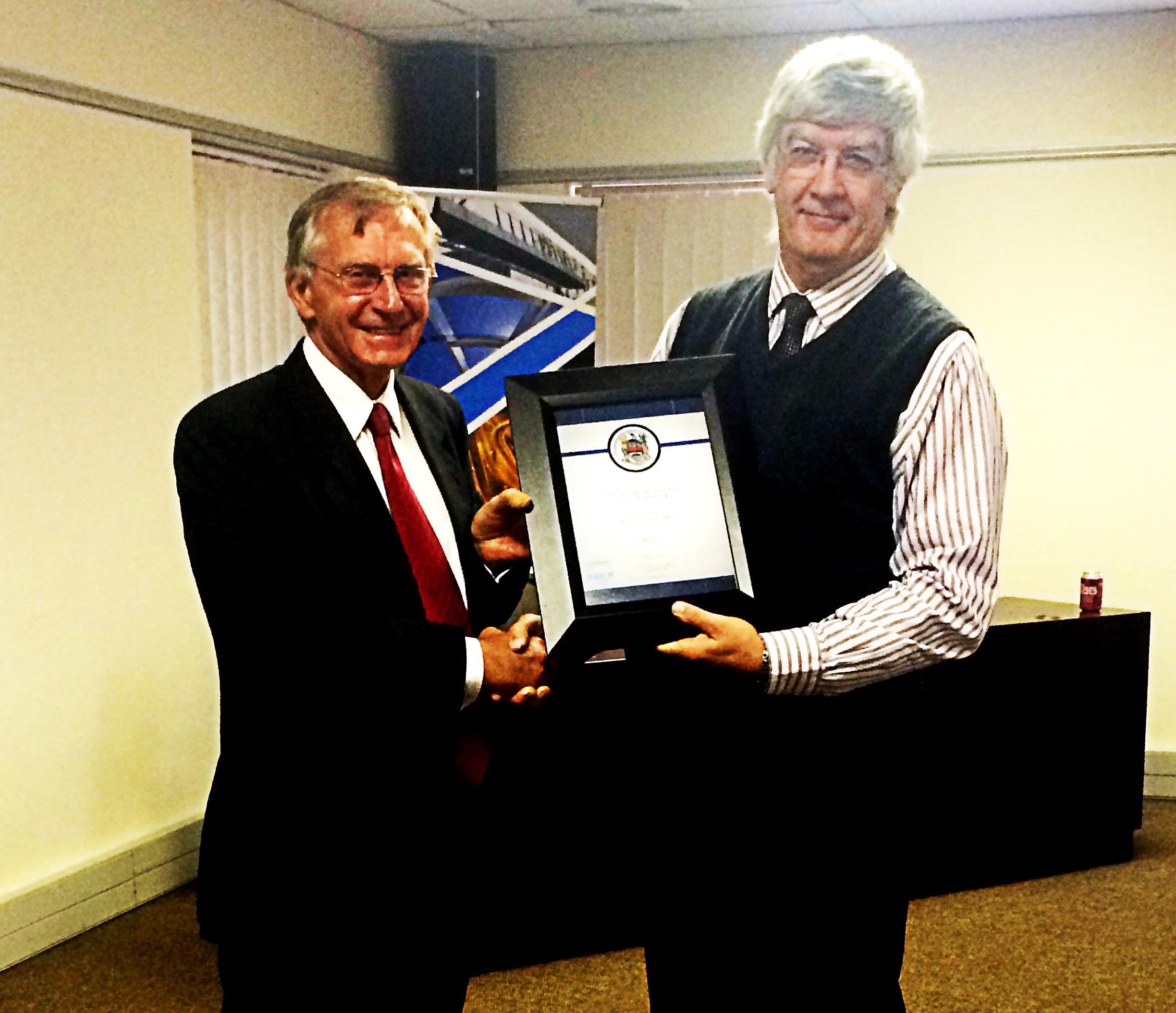 Presenting the President’s Award for 2013, Peter also complimented Tom for his active and energetic contributions towards growing the SAICE Pietermaritzburg and Durban branches. He continued by saying that Tom has played a leading role in capacity building in the civil engineering industry, including within the Capacity Building Committee of the World Federation of Engineering Organizations, through his involvement in SAICE’s secretariat functions on behalf of ECSA, and for his great contribution and service to SAICE and the civil engineering fraternity. Upon receiving the award, Tom indicated that he was pleasantly surprised.  Moreover, Tom stressed that he was truly blessed to have worked with many very talented and committed people over the years at SAICE and hoped to continue to add value to the Institution.