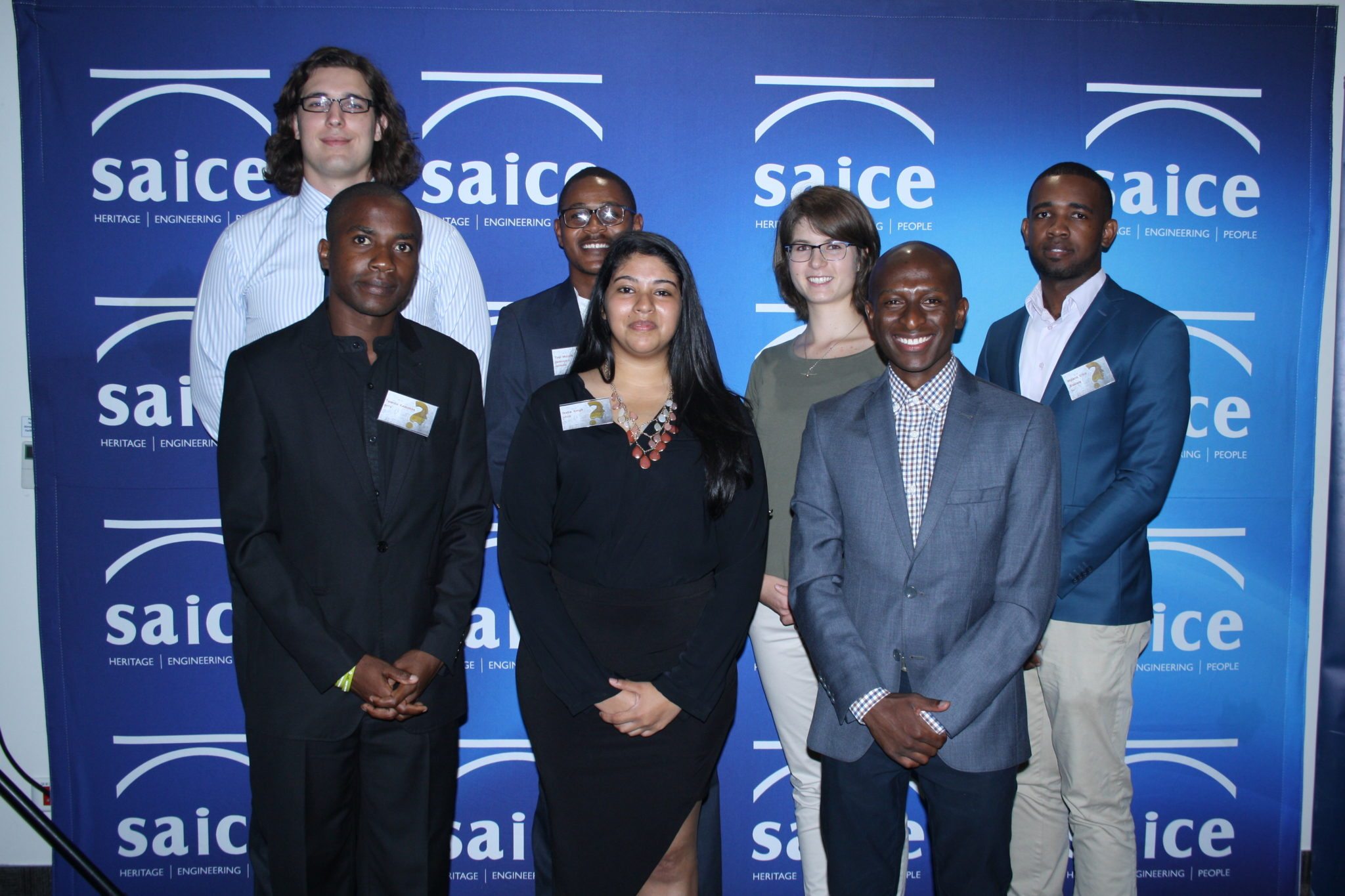 The civil engineering university research and investigation project (IP) is part of the national curriculum for final year civil engineering undergraduate students. Students are paired in teams of two and are required to select an issue, which is current in the industry. They do research in accordance with pre-set deliverables over a fixed period, leading up to the final year examinations. Once all the research and investigations on the specific issue is complete, the student teams present their findings to a panel of judges, comprising of both selected industry leaders and non-engineers. The presentations are then adjudicated based on a set of agreed criteria to determine the winner.

The project titles presented were:

The presentations showed an evolution of mind-set, action and intent to make a difference in areas as diverse as carbon footprint, pore pressures intailings dams under construction, and stormwater characteristics of Green-roofs. Each and every young presenter provided a unique perspective on their chosen topic. For this reason the adjudicators had a very difficult task. They were Jonathan Shamrock from Jones & Wagener, Kevin Pillay from Mott MacDonald, Debbie Besseling of iDube Media and Marcia Maidi, a structural engineer.

The adjudicators were impressed by the incredibly high level of technical aptitude demonstrated by the participants – saying that it made it extremely difficult for them to choose the top three.  “The top three scores were literally decimals apart,” remarked adjudicator Jonathan Shamrock.

In the third spot was Christopher Gaszynski (UCT) winning the Robor prize of R3000.