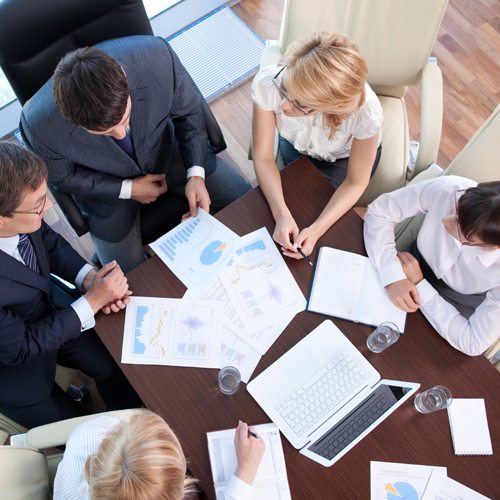 The annual Civil Engineering University Head of Departments meeting kicked off on 25 January 2016 at SAICE’s National Office in Midrand. The meeting, which is facilitated by SAICE – provides a platform for the HOD’s as well as representatives from the Department of Public Works (DPW) to engage and discuss pertinent issues faced at their respective universities and other key matters within the industry.
The meeting saw SAICE 2016 President Chris Herold and CEO Manglin Pillay, COO Steven Kaplan as well as HODs from various universities around the country, namely, Mr Wynanand JvdM Steyn (University of Pretoria), Mr Neil Armitage (University of Cape Town), Mr Mitchell Gohnert (University of the Witwatersrand), Mr Kobus du Plessis (University of Stellenbosch) and Professor Phil Everitt (University of Kwa-Zulu Natal). Representing the DPW were Mr Thembani Mackauckau and Mr Odwa Tiya.
Discussions began with professional registration and the necessity of lecturers being registered with ECSA and the effects thereof. It was noted that specific Universities of Technology (UoT) used professional registration as motivation for salary increases, but this was unanimous amongst all institutions in the country. CEO Manglin Pillay, proceeded by proposing a potential SAICE award with incentive for the best civil engineering student in 1st – 4th year across universities. It was agreed that the HODs would deliberate on general criteria for attainment of the award.
Civilution Congress 2016 is well underway and it is imperative that the industry join forces – SAICE does however believe that this could potentially serve as a constraint for ouryoung civils and hence, proposed that a nationwide screening be held for civil engineering departments at each university in order to be a part of the movement – this includes witnessing keynote speakers address various industry matters.
Members of the DPW noted various offerings for students that the HOD’s could make use of, such as their bursary scheme, the Expanded Public Works Programme (EPWP) and Transport Mentorship programme.