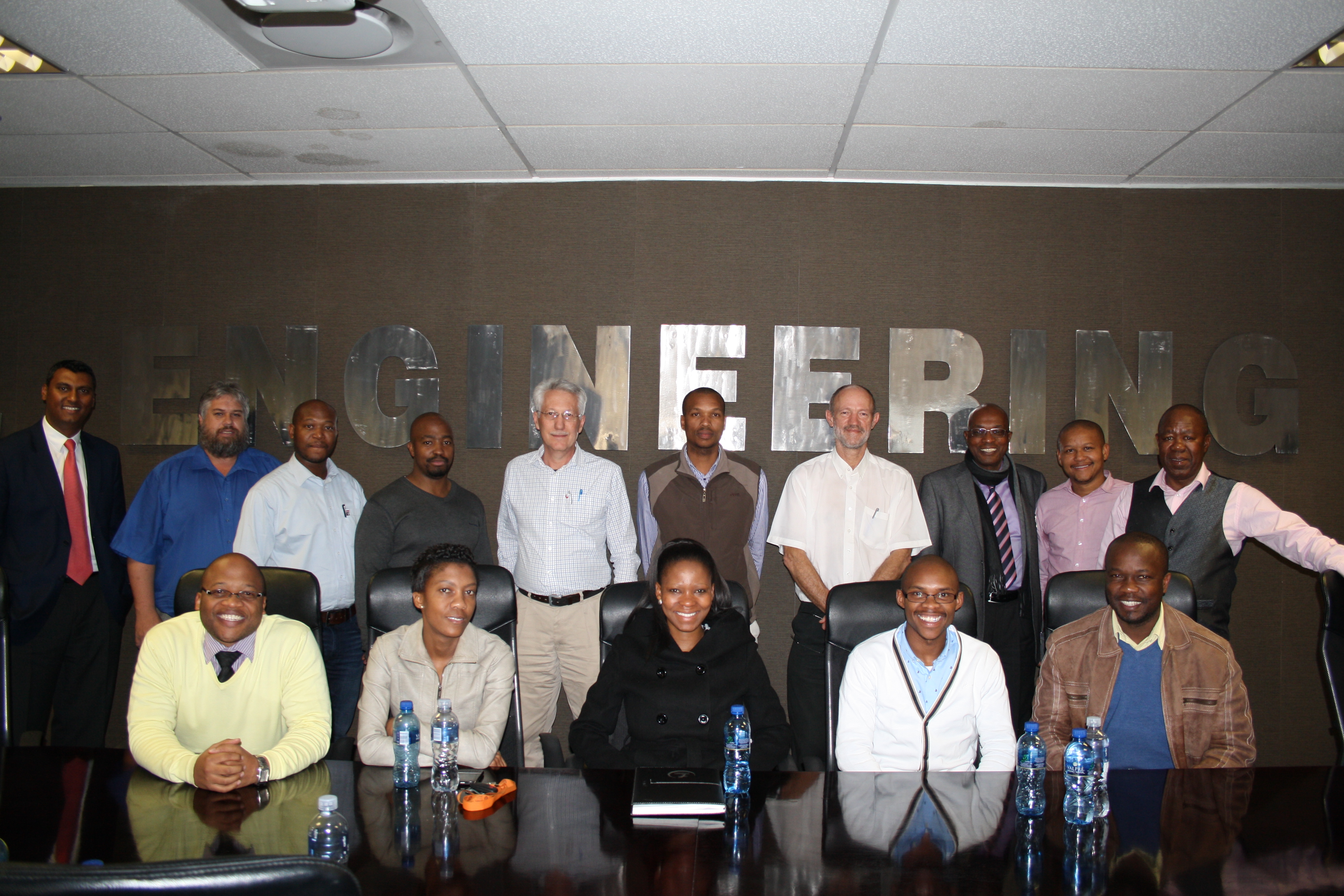 The SAICE presidential delegation led by President Stanford Mkhacane and CEO Manglin Pillay made their way to the Bloemfontein region between 30 and 31 July 2014.  During their visit they met with various stakeholders representing the engineering industry.

At a breakfast meeting, the presidential delegation and committee members engaged in discussions around some of the most pressing issues being experienced in the region. The most prominent include, the urgent need to professionalise the industry, as well as increasing the standard of engineering education and support for entry level professionals.

Members expressed their concern with the decreasing standards of professionalism in the region even amongst registered PrEng’s. It was suggested that ECSA’s requirements for PrEng registration become more robust and stringent. The contention behind this is that by raising the bar of the registration requirements, it will in turn contribute to increasing the general standards across the spectrum of the industry; ensuring that the highest levels of professionals are produced.

Such a move will also ensure compliance with international standards of the profession. Mr Pillay, emphasized the need to raise the awareness levels of what being an engineering professional meant.  “It needs to be understood that an engineering qualification and minimal experience in no way qualifies one to practice as an engineer” said Mr Pillay.

Interactions with industry representatives revealed that engineering education in the province needed attention. It was suggested that interventions should start at the most basic education levels ensuring that students were exposed to the best possible mathematics and science education at the onset.