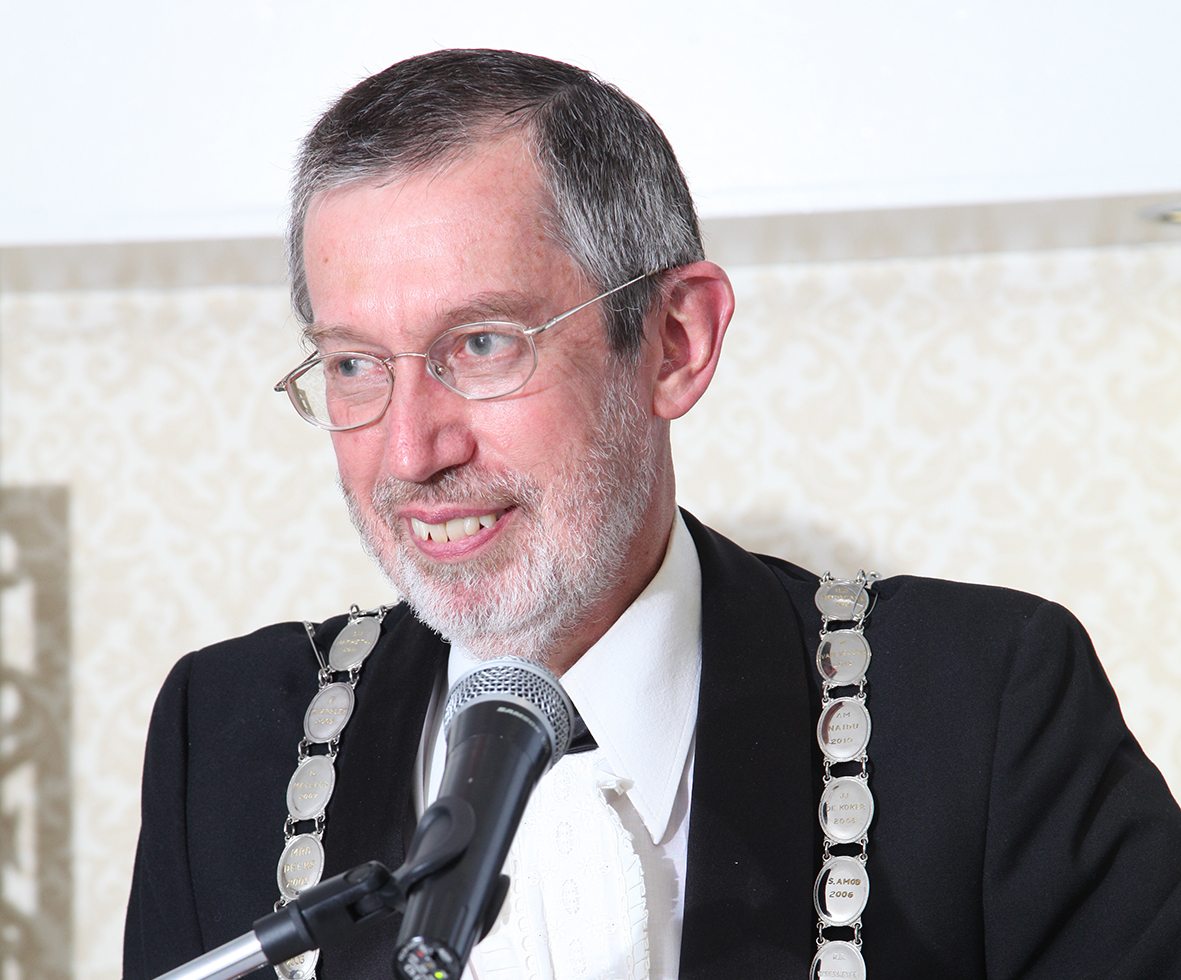 Water crisis and engineering capacity: A long haul, but we can do it together

The South African Institution of Civil Engineering (SAICE) inaugurated its 113th president,
Dr Chris Herold, at the SAICE Presidential Inauguration and Gala Dinner at The Private Room, Kyalami in Johannesburg on 18 November 2015.
Attending the event, various high-profile guests, including champions of the infrastructure industry, government officials, engineering clients from both the private and public sectors, as well as SAICE members were challenged by the fact that in 2008 it was expected that 47% of the existing senior engineers in the Department of Water and Sanitation (DWS) would retire within the next ten years. This figure was exceeded in just three years with more heading in the same direction! “This trend is most alarming since it cuts to the very head of the water sector, threatening paralysis of the body,” said Dr Herold.
In his address titled A long haul, but we can do it together, Dr Herold looked at reasons why the DWS could not retain the services of young professional engineers who were expected to move onto the lower managerial ranks in the civil service. Some of his findings were:

The tone of the organisational culture that had emerged is epitomised by one of the
earliest post-apartheid ministers of Water Affairs who vowed that he would see to it that an engineer would never again be DG. He didn’t live to see the consequences of this rash decision.

Is it any wonder then that young graduates didn’t feel welcome in what had become an engineer-unfriendly environment? Many of these problems and their inevitable consequences are still with us today.

Dr Herold explains, “Fortunately the uphill battle of overcoming the former spirit of denial is dissipating, and there is a growing awareness and ownership of these problems amongst decision-makers. Now we have to provide the solutions. The task ahead of us is steep, but not insurmountable – solving difficult problems is what engineers are good at.”
Dr Herold suggested short-term actions which include getting experienced engineers back into key management positions; revitalising organisational structures and removing impediments that drove engineers away in the first place, so that engineers can participate fully in decision-making; improving engineering employment scales, especially at the lower end of the spectrum; using the limited available engineering expertise to the full by putting aside all the ‘nice-to-haves’ that are diluting the efforts of the limited pool of expertise, and rather focusing on the really critical core functions; and mentoring candidate engineers and passing on institutional knowledge. He also mentioned the secondment of skilled engineers from the private sector to the public sector, instead of companies having to retrench these engineers because of a lack of work, and losing them.
Apart from addressing short-term and longer-term issues affecting engineering capacity, the existing, deplorable two-envelope procurement system where “anyone who has read the terms of reference can regurgitate it and scrape together enough technical points to satisfy the requirements of the first envelope. Then the technical results are thrown away and the outcome depends largely on the price offer contained in the second envelope. In essence the bidder who knows the least and underestimates the cost usually gets the job.”
He mentioned a number of unwise decisions that have been taken on big projects over the years and cautioned against massive capital commitments on infrastructure that can push our nation over the edge into a debt trap that would lock our people into generations of grinding poverty and possible insurrection.
He concluded, “I have no illusions about the size of the bites that I am trying to take. I expect the haul to be a long one that is likely to extend well beyond my presidential year. But I also know that our engineering fraternity is packed with talent and energy, and is a force to be reckoned with. By the grace of God we can do it together.”